BBC hires exec from ITVS’s The Garden as factual commissioner 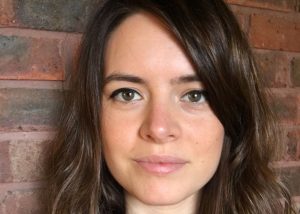 The BBC has hired Anna Dickeson from ITV Studios-owned UK producer The Garden as a commissioning editor for documentaries.

Dickeson was most recently creative lead for The Garden’s Yorkshire-based division, which she joined in 2018.

She has previously worked on shows such as 24 Hours In A&E, The Secret Life Of The Zoo, Educating The East End and One Born Every Minute.

Her new remit at the BBC will see her working on BBC commissions from producers in the North and Midlands.

Rachael Smith, who produced 24 Hours In A&E, has been named as her replacement at The Garden.

Fiona Campbell, BBC Three controller and acting director of factual, arts & classical music, said: “She has been a strong champion of talent and indies in the North with an impressive track record and I am very much looking forward to working with her and building further on commissions in the North and across the UK.”

John Hay and Nicola Hill, joint CEO’s of The Garden, said: “Commissioning is a great next step for her, so she leaves with our very best wishes – and we look forward to working with her in the new role.”

The duo added: “Rachael is a perfect fit for the job: a talented and thoughtful filmmaker and an exemplary team leader with an impressive record in exactly the kind of popular premium factual TV that The Garden exists to make.”