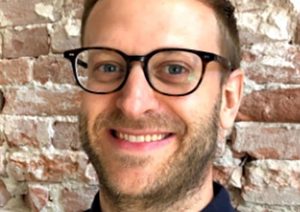 Joining the company on 1 April, Solesbury will be tasked with further growing the sales of scripted and non-scripted finished titles for Be-Entertainment outside of the Benelux, as well as being part of the format sales team.

He arrives with more than 15 years’ experience in global scripted and factual sales across a range of distributors including Sony Pictures, StudioCanal and Insight TV.

Be-Entertainment MD Gepke Nederlof said: “With Belgian Noir series being in high demand internationally it is a very logical step for Be-Entertainment to also represent more successful scripted titles internationally. We’re very much looking forward to having Jack on our team and to further build our Finished business outside of the Benelux together.” 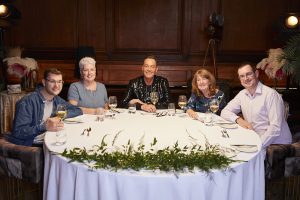 Fame In The Family

Fremantle has partnered with Salamanda Media to take entertainment format Fame In The Family around the world.

The format, which sees four dinner guests work out which of them is related to their celebrity host, makes its debut today the UK‘s Channel 4.

Fame In the Family is set in a secret dining location where famous faces host four dinner guests they’ve never met. All have had a DNA test and at least one of them is a cousin of the celebrity, but no one knows who.

Over the course of the meal, the race is on to work out who it is, with a cash prize to be won before the DNA results expose the truth.

The series is produced by Salamanda Media for Channel 4, with Fremantle  handling the international distribution for the series.

Rob Clark, director, Global Entertainment at Fremantle said: “We are pleased to work with Salamanda Media to bring this exciting new format into the Fremantle catalogue. Fame In The Family is a guessing game that uses the concept of family DNA and unknown relatives to hook viewers in, the added element of DNA testing is ingenious.” 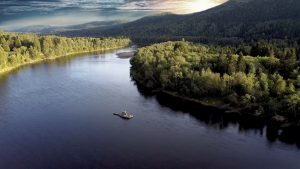 International producers including Vincent TV in the Netherlands, Seapoint in Germany, Baluba TV in Sweden, ITV in Finland and Mastiff for Norway have acquired the rights to Danish dating format Love Raft, following multiple deals with distributor Magnify Media.

Produced by Story Productions, Love Raft will debut on DR TV in Denmark next month, where it has already been recommissioned for a second season.

The format sees 10 daters split into pairings for a 10-day journey down a river on self-made rafts where romances are given opportunities to blossom in the great outdoors.

“The dating format is a genre that’s trending worldwide; Love Raft creates an environment that fast-tracks the dating experience – dwarfed by nature, senses alive to the elements, it’s no wonder that the most riveting love stories unfold,” said Andrea Jackson, CEO of Magnify Media.