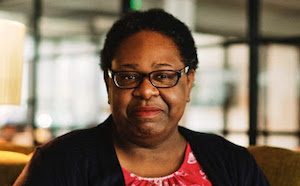 There has been “a lack of real progress” in increasing diversity on and off screen in the UK TV industry, according to the Creative Diversity Network (CDN).

Key takeaways from its latest annual Diamond report, The Fifth Cut: Diamond At 5, include a drop in the number of women in senior industry roles and greater racial representation in front of the cameras than behind them.

The CDN, the industry body working to improve diversity in the UK TV sector, launched the report today, which analysed more than 2.75 million programme contributions from surveyed industry workers over the past five years.

From the data gathered, the organisation was able to highlight the key diversity issues for the industry to address. Its members include the BBC, BAFTA, Channel 4, ITN, ITV, Pact, ScreenSkills, Sky, S4C, ViacomCBS, and UKTV.

Among the findings in the report are that representation by disabled people both on and off-screen has remained consistently lower across all genres, all broadcasters, and all job roles than the 18% of the UK population who declare a disability, with the CDN nothing that “there appears to be nowhere in the industry where disabled people thrive.”

Disabled people are still making fewer than 6% of contributions across most senior roles, according to the report, which also found that the past three years have actually seen a decrease in contributions by disabled people in the roles of director, producer-director, and producer.

The Diamond report says that those who identify as gay, lesbian or bisexual have been “represented well” both in front of and behind the camera over the past five years, though most contributions during this period have been made by gay men.

Those who identify as transgender, meanwhile, have received representation at levels lower than the UK population estimate of 0.8%. Representation is better on-screen where contributions have varied between 0.5 and 0.8% over the last five years. Off-screen representation is lower, at 0.3%. 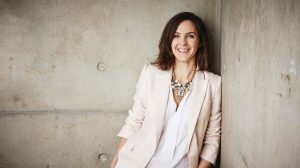 The number of women working in senior roles in the industry has fallen over the past three years, dropping from 50.4% to 46.8%, with the majority in non-senior roles at 56.1%.

Women were particularly under-represented as writers (33.4%) and directors (26%) in 2021, while craft and technical roles remain highly gendered.

Representation of Black, Asian and minority ethnic groups is “consistently” greater on-screen than off, with contributions in front of the cameras having risen to 20.9%. However, these figures are significantly lower than the larger Black, Asian and minority ethnic population in London (40%), where the majority of UK television content is produced.

People who identify as South Asian are least well represented. Over the last five years, contributions have declined both on and off-screen and South Asians are significantly under-represented in roles such as director (1.3%), writer (1.5%), executive producer (1.3%) and series producer.

The report also explored age representation, finding that those aged 50 and over has remained largely unchanged over the past five years. In 2020-21, over-50s made 21.7% of off-screen contributions and 25.4% of on-screen contributions – both low in comparison to UK population estimates: 36% of people in the UK are over 50 and 31% of the working population is over 50. 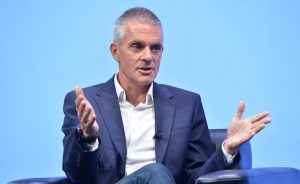 CDN executive director, and TBI columnist, Deborah Williams, said the report showed that: “Too much activity has been focused on increasing diversity at entry levels rather than breaking down the barriers to senior level representation.

“Diamond is a measuring tool, not the end product. Five years of data shows that concerted industry action is more important than ever.”

Responding to the findings, representatives of CDN members, including BBC director-general Tim Davie, said that the pubcaster has “prioritised £100m of our TV Content budget to drive change over three years which, combined with our 20% off screen diversity expectation for all new commissions, will permanently shift the dial.”

ITV CEO Carolyn McCall, meanwhile said that: “Part of our Diversity Acceleration Plan, Step Up 60 creates opportunities for people from under-represented groups – people of colour and disabled people to progress their careers to more senior positions in the industry.

“More than 20 percent of ITV’s commissioning team are from an ethnically diverse background and improving representation is now embedded into our commissioning processes.  Through disability access passports and ring-fencing opportunities for disabled talent, we hope to make a real difference on accessibility and access in our industry.”

Channel 4 CEO Alex Mahon added: “Some of the steps we’ve taken to improve representation include setting targets for our top earners, commitments to triple content spend with ethnically diverse-led indies and creating industry-wide initiatives such as our Engage & Enable strategy to make broadcasting more accessible to disabled talent. While we’ve made good progress, there’s still much more to do.”