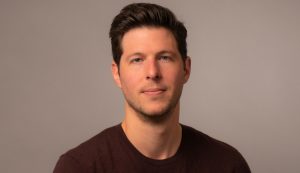 California-based Campfire Studios is expanding its scripted operation with the addition of a former Marc Platt Productions exec to lead its scripted output.

Ryan Christians becomes SVP & head of scripted content at the Wheelhouse-backed producer, which has been behind unscripted shows such as HBO Max docuseries The Way Down and Netflix’s Neymar: The Perfect Chaos.

Prior to joining the company, he was most recently working with Campfire’s CEO Ross Dinerstein on Netflix’s  upcoming romantic comedy Players, which is being coproduced with Marc Platt.

Christians joined Marc Platt Productions in 2014, overseeing development on film and TV collaborations with Universal Studios, DreamWorks Animation and more. He has also worked in production and development at The Walt Disney Studios, Di Bonaventura Pictures and Summit Entertainment.

Dinerstein said: “In recent years, as we’ve grown and diversified Campfire’s content slate, broadening our unscripted roster and breaking into the podcasting space, we’re seeing more and more opportunities to capitalise on the IP cultivated in-house, while continuing to generate original scripted concepts.

“Ryan’s coming aboard at an exciting time, bringing tremendous experience and a bold, refreshing creative perspective.”