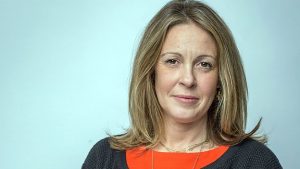 Shillinglaw has more than three decades experience in the media industry and was most recently leading Endemol Shine’s UK factual operations.

She stepped down in January 2020 after four years in the role following Banijay’s acquisition of the group, having overseen the management of prodcos including Dragonfly, Dragonfly West, DSP and Tigress.

Shillinglaw, who had previously led BBC2 and BBC4 before leaving in 2016, has commissioned shows such as Frozen Planet, Horrible Histories, Blue Planet II and The Real Marigold Hotel during her career.

Her appointment at Curious Films follows the prodco’s commission from BBC3 and Insight TV to produce a third season of women’s football documentary brand Squad Goals 3: Dorking Til I Die.

The slate also includes Reclaiming Amy for BBC2, Caroline Flack: Her Life & Death for Channel 4, and The People vs Climate Change for the BBC.

Dov Freedman, co-founder at Curious, said: “Kim’s expertise and vast experience will be invaluable as we capitalise on recent wins and position the company for accelerated growth over the next 12 months. One of our key objectives, alongside expanding our existing work for UK and international broadcasters and streamers is building returning series brands – like Squad Goals – and Charlie and I couldn’t be prouder that Kim has agreed to come on board and help us achieve this.”

Shillinglaw added: “Curious Films is in an exciting position at the moment, with a growing reputation for films that are great watches and stand out from the crowd.”