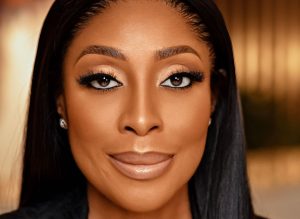 SeriesMania has named Mo Abudu, CEO of The EbonyLife Group, as this year’s recipient of its Woman in Series Award.

The award, which launched last year, was created in association with European Women’s Audiovisual Network (EWA Network) and Pour Les Femmes Dans Les Médias (PFDM). It is given to “a remarkable woman from the audiovisual industry to honour her vision and leadership,” Series Mania said.

Abudu oversees all divisions of the EbonyLife Group, which include the Studios and Media divisions, as well as its Academy arm. She has produced shows including Fifty, The Wedding Party, Chief Daddy and The Royal Hibiscus Hotel, as well as executive producing Òlòtūré, a Netflix original feature that aimed to expose human trafficking in Nigeria.

While under Abudu’s leadership, EbonyLife has also secured production collaborations with international studios including Sony, AMC Networks, Netflix, Starz and Lionsgate, BBC, Will and Jada Smith’s Westbrook Studios and Will Packer Productions.

Abudu will be presented with her award on the evening of 22 March at the Forum’s Awards Ceremony in Lille.

Laurence Herszberg, founder & general director of Series Mania – which runs 18-25 March – said: “From the outset, our mission with the ‘Woman in Series Award’ has been to increase the visibility of female producers and projects.

With today being International Women’s Day, a global day initially launched in 1911 celebrating the social, economic, cultural, and political achievements of women, I am honoured to be making this wonderful announcement alongside European Women’s Audiovisual Network and Pour Les Femmes Dans Les Médias.

“Mo Abudu is truly a remarkable leader and visionary and was the perfect choice for Series Mania and to compliment the 2022 International Women’s Day campaign theme of #BreakTheBias.”

Abudu added: “There is nothing more fulfilling and rewarding in life than to be recognised for the things that one loves to do. We all dream of lofty goals becoming a reality, then one day those dreams come true. I’m indeed pleased to see EbonyLife Studios working with a variety of partners all around the world to create and curate powerful content that tells African stories as well as deepening global storytelling around the Black Experience.”