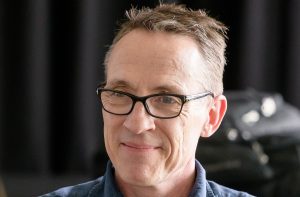 BBC Studios (BBC) has opened up applications for its Writers’ Academy, which will now offer writers six months of paid series development.

The scheme, created to provide support and paid training for up-and-coming screenwriters by working closely with BBC Continuing Drama Series, will provide guest lectures from writers such as Jed Mercurio and Russell T Davies, as well as the opportunity to develop their own original drama series.

Successful applicants will receive three months of paid training, as well as six months of paid series development, with the aim being to create their own original TV pilot script and series bible.

John Yorke, head of BBCS’ Writers’ Academy, said: “The television landscape has changed significantly since the Writers’ Academy was founded in 2005, yet our alumni continue to go from strength to strength.

Over the next decade, we want to continue to build on their success. This is why we’re appealing to a bigger pool of writers than ever before to find the next generation of original series creators.”

BBCS said writers from the scheme have contributed to nearly 5,000 episodes of broadcast TV, with alumni having secured 15 seasons of original TV drama series broadcast or greenlit in the past year.

These include Rob Williams’ Suspicion And Screw, Daisy Coulam’s Grantchester and Kirstie Swain’s Sweetpea, among numerous others.

Applications open at noon GMT on Friday, 11 March, and will close at noon GMT on Sunday, 3 April. To make an application, applicants should visit the BBC e-submissions portal.