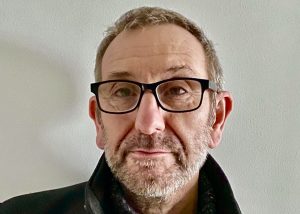 UK-based Spirit Studios has hired Walking On The Moon scriptwriter Martin Sadofski as its first head of scripted.

Sadofski will develop projects in scripted drama and comedy that tell stories “that break out of traditional silos whilst changing the world for the better,” Spirit said.

He joins company, which was backed by Channel 4’s Indie Growth Fund last year, having written on shows including Blood And Peaches, The Hitch and Come Fly With Me for BBC One.

He has also worked on feature docs such as Alastair Campbell Depression & Me for BBC Two and Undercover In The Alt-Right for STV and Amazon Prime Studios.

Sadofski, who has also taught screenwriting at film schools, said: “Based on my own journey, my passion is for mentoring new marginalised writers, helping them to tell their stories.

“At Spirit my role is to develop contemporary dramas about big subjects but to mix the serious with the funny and create films and series with purpose that still reach a big audience. Drama that provokes and excites and gives new talent a break. Spirit aims to be the place where outsiders can feel at home.”

Spirit’s founder & creative director, Matt Campion, added: “Martin’s incredible career speaks for itself and his passion for purpose-driven storytelling made him the stand-out choice to build out our scripted offering at Spirit.”

Spirit and Sadofski have already been working together on projects, with several in paid development and at pilot stage with two broadcasters.

The appointment comes shortly after Alexandra Fraser was named in the newly-created role of creative & board advisor at Spirit. The prodco’s output includes The Stand Up Sketch Show for ITV and podcasts such as Private Parts, with Jamie Laing.