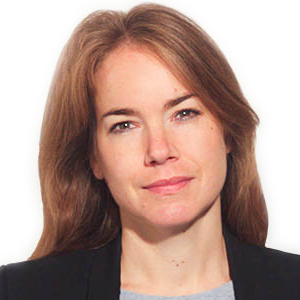 French distributor Newen Connect has hired a former ZED exec to becomes its head of factual distribution and appointed a Studiocanal alum to work across streamer sales.

Chloé Persyn will lead on all factual distribution, with a remit that includes strengthening and developing the group’s documentary activity, working with producers on the financing of projects and seeking co-productions.

She reports into Leona Connell, EVP of distribution, and will work head of international sales, Nadia Chevallard, and Karine Lejeune, SVP of sales for French-speaking Europe to generate revenue from factual content globally.

Persyn previously worked for more than a decade at ZED, including six years as distribution director.

Newen has also hired Camille Dupeuble from Studiocanal to become its VP of France & digital sales. She will be working under the dual supervision of Connell and Lejeune.

Her responsibilities include strengthening French sales activity alongside the current team and to develop Newen Connect’s digital revenue streams. Dupeuble worked for four years at Studiocanal in the TV & SVOD sales department and also spent three and a half years at MK2 as VP of France & international sales, with a focus on digital platforms.

Connell, the former Sky Vision and NBCUniversal exec who joined Newen Connect in 2020, said the appointments would allow the distribution division “better respond to the growing demand from channels and platforms for quality European content.”

Newen restructured its operations two years ago by bringing the commercial activities of its various distribution entities including Newen Distribution, TF1 Studio and Reel One International into Newen Connect.

The team is made up of over 20 sales executives located in Paris, London, Montreal, New York and Buenos Aires, all headed by distribution chief, Rodolphe Buet.