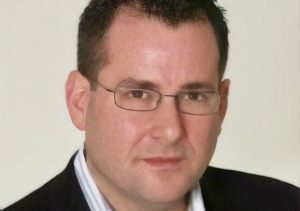 David Ozer, the former CEO of Chicken Soup for the Soul Entertainment (CSSE)’s Landmark Studio Group, has been appointed as president of a new New York-based production and distribution firm backed by US screen manufacturer Ballantyne Strong.

Strong Studios, which will operate as part of the company’s Strong Entertainment division, will develop and produce original feature films and television series, as well as acquire third party rights to content for global multi-platform distribution.

The division has launched with a distribution agreement with CSSE’s Screen Media and two scripted series, Safehaven and Flagrant, have been greenlit for production this year.

Screen Media will distribute both series, with their streaming services Crackle, Popcornflix, and Chicken Soup for the Soul having first rights to premiere.

Ozer was CEO at Landmark from 2018 to 2022, overseeing the production and development of projects including Willy’s Wonderland, starring Nicolas Cage, and Trigger Point. Prior to that, he was founding president of IDW Entertainment, working on shows including Wynonna Earp for Syfy and Dirk Gently for BBC America, and also had stints at Starz, RHI Entertainment, Sonar and Sony Pictures Television.

Safehaven is a supernatural horror series based on the eponymous graphic novel about a female comic book artist whose drawings come alive to haunt her. It is being produced by James Seale (Throttle), Kevin Duncan (Juncture) and Michael Bay’s 451 Media. Production will begin in Canada mid-2022.

Flagrant is a dramedy created in partnership with actor and comedian Michael Rapaport (Atypical), who will appear in and executive produce. Screenwriter Peter Hoare (Standing Up) and actor and writer Pete Correale (Kevin Can Wait) will serve as co-writers and showrunners. Production is anticipated to begin mid-2022.

Additional projects shepherded by Ozer at Landmark Studio Group to now be developed and produced by Strong Studios as part of the content acquisition deal include Shadows In The Vineyard and drama series, Heartbeat.

Mark Roberson, CEO of Ballantyne Strong, described the launch of Strong Studios as “a natural but also potentially transformative next step” for his business.

“Going forward, we will deliver not only the industry’s best movie screens and technical services, but also feature films and series for media platforms around the world. Strong Studios will have a head start with two pre-sold and greenlit series ready to start production right away.”

Robertson added that the firm would coproduce and pre-license “to limit financial exposure while building a content library with high potential for commercial success.”

Ozer added: “With the growing worldwide demand for content and the acceleration of new streaming services, the environment is ripe for Strong Studios to thrive. With the IP acquisition of a robust slate of content and distribution deal with Chicken Soup for the Soul Entertainment, we are able to hit the ground running with two series ready to head into production, while we begin developing our own pipeline of original IP.”