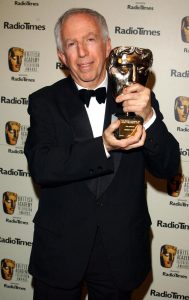 The US-born producer and writer moved to the UK in the 1960s and went on to produce docs for all major UK broadcasters, including State Of The Nation: A Law In The Making and Police.

Alex Mahon, CEO at Channel 4, which broke the news on behalf of his family, described Graef as one of the “most original and influential documentary film-makers” of his time.

“Beyond his contribution to Channel 4, his extensive legacy of documentaries has helped to inform and change people’s views on some of the most challenging aspects of British society and its private and public institutions,” Mahon said.

Mark Browning, CEO at Zinc Media Group, described Graef as “a trailblazer in programme-making” who used the medium “to open people’s eyes to issues in society and the changing world around them.”

Browning added: “He made observational documentaries on a wide range of subjects including social issues, criminal justice and business, current affairs and science.

“The contribution which Roger made to the genre cannot be underestimated. His contribution to the industry will be sorely missed, but he leaves behind an industry which is all the better for him having been part of it.”