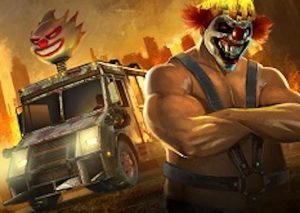 Peacock has commissioned a live-action adaptation of the Twisted Metal video game franchise, with Anthony Mackie attached to star in and executive produce the series.

The half-hour action-comedy series is being adapted for the screen by Rhett Reese and Paul Wernick and will star Mackie (The Falcon And The Winter Soldier) as John Doe, a smart-ass milkman who talks as fast as he drives. With no memory of his past, John gets a once-in-a-lifetime opportunity to make his wish of finding community come true, but only if he can survive an onslaught of savage vehicular combat.

Will Arnett and Marc Forman from Electric Avenue, who secured the rights to the material and helped put the project together from the beginning, are also set to executive produce.

Michael Jonathan Smith will meanwhile serve as showrunner, writer and executive producer for the series which hails from Sony Pictures Television, PlayStation Productions and Universal Television.

“Twisted Metal has been a global phenomenon for more than 25 years but it was the creative vision for this live-action adaptation, led by Michael Jonathan Smith, Rhett Reese and Paul Wernick, that blew us away. Also Anthony Mackie starring made it undeniable!” said Lisa Katz, president scripted content, NBCUniversal Television and Streaming.” 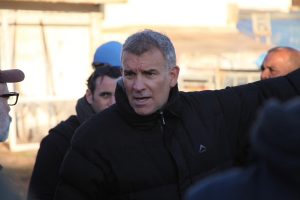 British writer and director Matthew Parkhill (Deep State) is attached to write the series, which explores the experiences of the men who decide to join the mysterious French Foreign Legion.

The show revolves around a band of new recruits, from a variety of countries and backgrounds, as they join the Legion and end up undertaking a dangerous mission in Yemen.

Allan Niblo, Co-Founder of Vertigo Films, commented: “The French Foreign Legion is almost an urban legend, dangerous and fascinating at the same time – further compounded by the idea that once you sign up, they own your life. As one of the last forces to have a light shone on it, it’s the perfect subject to dramatize and bring to screen. We are throwing everything at it – revealing its legendary past, complex characters, and lethal reputation.” 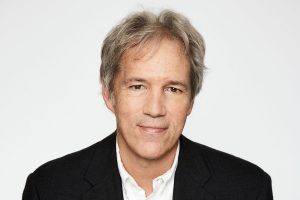 Hailing from A+E Studios and 20th Television drama, and based on a short story by Connelly, the series takes place in the city of Avalon on Catalina Island, where LA Sheriff Department detective Nicole “Nic” Searcy is pulled into a career-defining mystery that will challenge everything she knows about herself and the island.

Kelley will write the pilot episode and the series will join ABC’s 2022-2023 programming slate.

“David E. Kelley is one of the great storytellers of our time and we are excited to continue our successful relationship with him on what we believe will be his next epic series on ABC,” said Craig Erwich, president, Hulu Originals and ABC Entertainment. “Michael Connelly’s short story is ripe with mystery and intrigue, and we can’t wait for David and Michael to bring this eerie and captivating world to life.”

Based on the book, A Great Improvisation: Franklin, France, and the Birth of America, by Stacy Schiff, the new event series is a co-production between ITV Studios America and Apple Studios.

The drama will explore the story of one of the greatest gambles of Benjamin Franklin’s career. At age 70, without any diplomatic training, Franklin convinced France – an absolute monarchy – to underwrite America’s experiment in democracy.