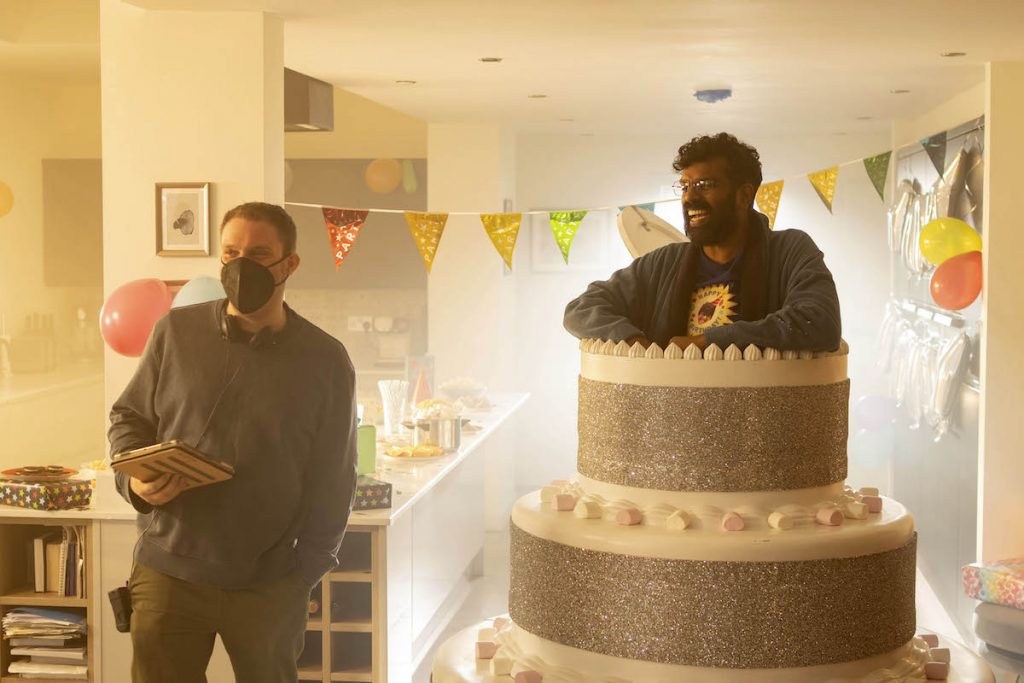 Anyone logging on to the BBC Studios Showcase today will get the chance to take their first look at Avoidance, one of this year’s key upcoming scripted comedy titles for the UK firm.

The 6 x 30-minute series hails from Ranga Bee and CPL Productions and is set for a UK debut on BBC One and BBC iPlayer later this year. It follows Jonathan, whose life revolves around his nine-year-old son Spencer, and who has always deferred the big and small decisions to his partner Claire. 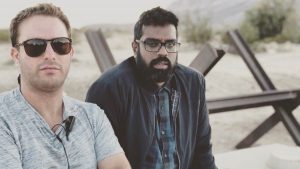 So when Claire asks him to leave, Jonathan realises he has no home, no friends and no ambition. Except one: to try to preserve his son’s happiness in the face of his parents’ break-up.

The series is written and created by Ranga Bee co-founders Romesh Ranganathan – a familiar and popular face in British comedy, who stars as Jonathan – and Benjamin Green, who also directs the series.

With location shooting complete and the production now moved to the studio, the creators took time out from filming to tease what viewers and buyers can expect from the series, which is the first commission under a new development and distribution agreement between Ranga Bee and BBC Studios.

Jonathan is a “conflict avoidant, absolute beta male,” Ranganathan tells TBI, revealing that his own aversion to confrontation served as inspiration for the character. “Ben was talking about this the other day, asking ‘is it okay to say that it’s your basic character flaw that we’ve based this sitcom on?’

“The number of times that I have supposed to have been at three gigs on the same night, you would not believe it. You say yes because you don’t want to let someone down and as it gets closer you think the excuse to get out of this is going to have to be bigger, until eventually I’m gonna have to pretend that I’ve died and get my wife to text.”

Taking how “infuriating” that characteristic could be as the starting point, the two set out to explore “what would force a character like that to start having to face up to things that he’s avoided dealing with,” says Green.

Avoidance, which is being distributed globally by BBC Studios, tackles personal issues that will be familiar and relatable to audiences all over the world – albeit via a comedy lens – explains Green: “What we’ve tried to do in a semi-realistic way is a depiction of a broken family.”

The show follows “two people that fell out of love that then didn’t then know how to navigate that new scenario,” he says. “I think it’s quite relatable, it feels like quite a global issue and hopefully we’ve done it in a way that will strike a chord with people – and also show the funnier side of it as well.”

Green says not to expect a “wacky broad sitcom”, but rather a more grounded show which, while intrinsically funny, features “real relatable characters going through stuff that a lot of us will be going through.”

Pulling things back to the comedy, Ranganathan adds: “If you’ve ever had a haircut and been too nervous to complain about it being shit or slightly worried about sending something back at a restaurant, you can either relate to that characteristic or having to live with somebody like that.”

While received wisdom would argue that comedy does not travel well internationally, recent movement in the market would indicate that this attitude is beginning to change.

Ranganathan suggests that “in the past people possibly thought you needed to second guess what people might like internationally, but I think what the past couple of years has shown us is that you can make comedy shows really rooted in where they are, rooted in British sensibilities, or even drill down to regional sensibilities, and people will buy into that.

“All you have to worry about is if that thing is true to what you are trying to do. I think people get it and you don’t have to make concessions and that’s why we’ve seen shows that feel really strong in flavour to a particular style or a type of humour still translating to other countries.” 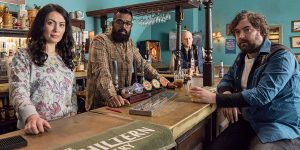 As the first show from its pact with BBC Studios, Green says that Avoidance showcases the type of series that Ranga Bee is looking to produce through the partnership.

“We want our shows to be funny, but also to have a tone and sensibility that feels real and nuanced, and it feels like all the stuff that we’re developing, even if we’re not directly involved as writers or directors or if we’re in it, has that element to it. Probably it’s as simple as the stuff we like, really, and trying to curate that as part of what Ranga Bee does is kind of the goal,” says Green.

London-based Ranga Bee is also behind shows such as the scripted comedy The Reluctant Landlord for Sky, where it has a first-look deal, comedy travel doc Asian Provocateur for the BBC and the docuseries Just Another Immigrant for Showtime in the US.

Ranganathan says that the company is focused on “making talent feel properly looked after in what they’re trying to create.”

“What I’d hate is if Ranga Bee ever made a show that the person who had created it or was at the centre of it, didn’t feel like it was a proper reflection of what they were trying to make.”

The two say that series commissioners the BBC have been fully supportive in helping them to realise their vision for Avoidance, leading Green to quip: “So if it is crap, it is our fault,” with Ranganathan also joking: “I’d just like to take this opportunity to absolve the BBC of any responsibility.”

Sign in to BBC Studios Showcase here from Monday, 28 February.