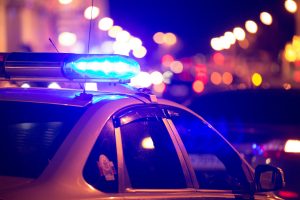 The 6 x 60-minute Police Strike Force is due to premiere on Channel 7 and 7plus from Wednesday 2 March, tells the inside story of police investigations, stings, and taskforce operations using video and sound captured by the New South Wales Police Media Unit.

Meanwhile, the 8 x 60-minute Code 1: Minute by Minute breaks down the hours, minutes, and seconds of the biggest and most tragic recent news events to impact Australia and profiles the people from all walks of life who will forever be connected, just for being in the wrong place at the wrong time.

Stephen Peters, WTFN’s head of development, who developed both shows and was executive producer for Code 1: Minute by Minute, said: “We are delighted that the team at Seven Network has put such faith in us with these two new series and we look forward to continuing this partnership and delivering further exciting new shows for its viewers.

Police Strike Force (while will be marketed as Strike Force) and Code 1: Minute by Minute are both being globally distributed by Fred Media, the international distributor owned by WTFN. 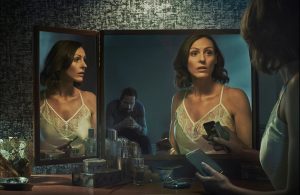 This new 24 x 60-minute version will be produced by JSL Global Media and was announced today on the first day on BBC Studios Showcase.

Originally written by Mike Bartlett and produced by Drama Republic for BBC One in the UK, the centres around a trusted doctor whose seemingly perfect life falls apart when she uncovers her husband’s infidelity.

André Renaud, SVP of global format sales for BBC Studios, said: “It is no surprise that Doctor Foster is the first scripted format adaptation for us in Thailand as the story of Gemma Foster and the events in her life continue to resonate with audiences around the world.” 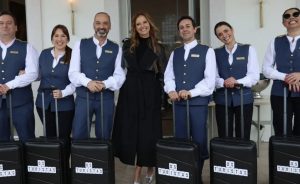 TVI Portugal has commissioned a one-off special adaptation of the Satisfaction Group reality format The Tourists.

The special will see a group of celebrities learning to work in a hotel, and is produced for the local market by Warner Bros. Sony Pictures Television distributes the format worldwide.

This is the third adaptation of the format which originally launched it on TF1 in France in 2017. The first international version of The Tourists was developed for ProSieben in Germany, launching in 2021, and the format is currently under option in Italy to Blu Yazmine.

Laura St Clair, VP, sales and production consultancy, Sony Pictures Television, said: “The Tourists has proven to be a hugely popular format in France and Germany already and we can’t wait to launch it in the Portuguese market, with our partners at TVI Portugal. We’re also excited to be in discussion for further international adaptations of The Tourists that we hope to share with clients soon.” 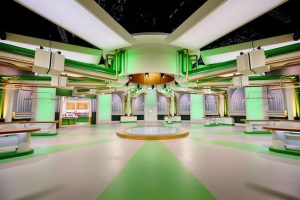 Dutch label SimpelZodiak will produce Hunted Into The Wild for NPO 3, following ordinary people, who must hide in an inhospitable landscape to evade capture

Originally created by Shine TV for UK broadcaster Channel 4, Hunted has since been commissioned in 11 countries.

Meanwhile, EndemolShine Netherlands will produce Blow Up, a new balloon art competition format heading to RTL 4, which sees contestants create unique and mind-blowing balloon artworks. Only one balloon artist will blow everyone away and become the winner of this original new format.