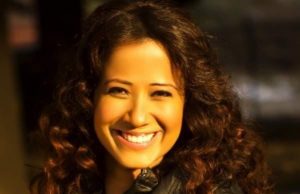 Locomotive Global Media (LGM), the Indian firm behind Netflix’s adaptation of Ray Donovan, has hired execs from domestic firms The Story Ink and Mumbai Movie Studios to work across production and finance.

Laura Mishra becomes associate producer at LGM, which was acquired by Chicken Soup for the Soul Entertainment (CSSE) last year.

She will be responsible for the company’s growth through partnerships with various streaming platforms and she will also develop and produce film/TV projects.

Mishra was previously a development producer at Mumbai-based The Story Ink and before that worked as a producer, director and script consultant.

Nikhil Ahuja, meanwhile, becomes finance controller and will focus on expanding the firm’s business, reporting into CSSE in the US. Ahuja, who will also work on production management and project financing, was previously head of finance at Mumbai Movie Studios. Both appointments are with immediate effect.

Aside from the aforementioned adaptation of US crime drama Ray Donovan, to be known locally as Rana Naidu, LGM has also partnered with Gurinder Chadha’s Bend It Films and Applause Entertainment to co-produce international drama series Seeker.

Sunder Aaron, co-founder and principal of LGM, said: “Together with their exemplary leadership abilities and creative minds, we are certain of taking Locomotive Global to greater heights, further consolidating our position in the Indian media and entertainment sector.”