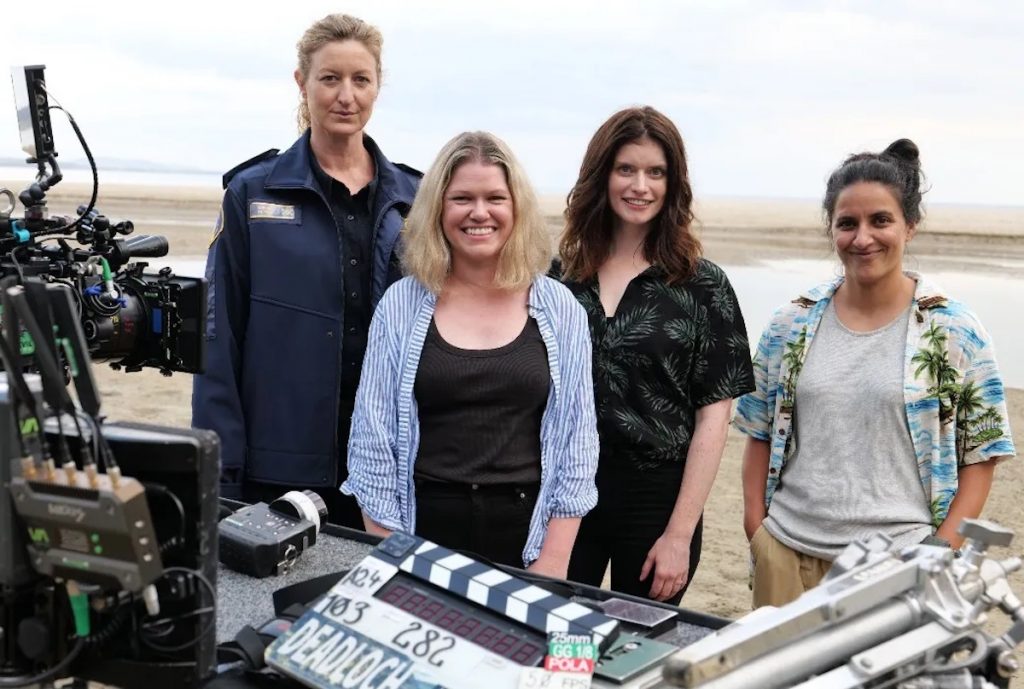 Produced by Guesswork Television, OK Great Productions and Amazon Studios, the series will film exclusively in Southern Tasmania and launch on Prime Video in 2023.

McCartney and McLennan serve as showrunners and exec producers and are writing the series along with Kim Wilson, Christian White, Anchuli Felicia King, Kristy Fisher and Madeleine Sami.

Kate Box, Madeleine Sami, Alicia Gardiner and Nina Oyama will head the cast of the show, which is set in the Tasmanian town of Deadloch, a once sleepy seaside hamlet, which is left reeling when a local man turns up dead on the beach.

Two female detectives are thrown together to solve the case, fastidious local senior sergeant Dulcie Collins and a rough as guts blow in from Darwin, senior investigator Eddie Redcliffe, along with their overeager junior constable Abby.

As the town prepares to launch the annual arts, food and culture Winter “Feastival”, the trio has to put their differences aside and work together to find the killer.

The comedy is Amazon’s third scripted Australian scripted series and one of 15 local originals commissions, also including The Test: A New Era for Australia’s Team, Making Their Mark, LOL: Last One Laughing AU, Burning and the upcoming Kick Like Tayla, Warriors On The Field and Class of ’07.

“Prime Video is proud to be bringing this fresh, hilarious and uniquely Australian story to life for our Prime members around the world,” said Erika North, head of originals, Asia Pacific, at Amazon Studios.

“The series is Amazon’s third scripted drama produced locally and we are thrilled to work with Guesswork Television and OK Great Productions to bring this Tasmanian noir that ‘The Kates’ have masterfully created to Prime Video.”

Kate McCartney and Kate McLennan commented: “We are so incredibly thrilled to be bringing our story to life in lutruwita (Tasmania) with this extraordinary team of creatives. The fact that our Australian feminist noir crime comedy will launch globally on Prime Video for 200 million Prime members to see is mind-blowing.”