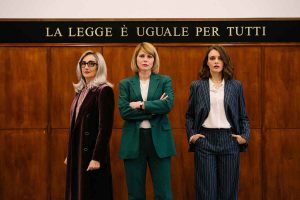 Originally produced by Sister, in association with Little Chick, the 6 x 60 Italian version has been produced by Palomar with Tempesta Film in collaboration with Rai Fiction.

Locally titled Studio Battaglia, the screenplay has been adapted by Lisa Nur Sultan and is directed by Simone Spada. Production is already completed, and the series is set to premiere in 2022.

The Split originally broadcast in the UK on BBC One and co-produced with Sundance TV in the US. The fast-paced world of the divorce circuit provides the high-stakes backdrop to the story of three sisters, each navigating complex relationships at work and at home.

Italy will be the third market to license the format after it was announced earlier this year that Turkish production company MF Yapim, part of the Medyapim family, would adapt the series as Evlilik Hakkinda Her Sey (All About Marriage) for free-to-air channel FOX TV in Turkey. Korean broadcaster JTBC also licensed the format in 2020.

André Renaud, SVP of global format sales at BBC Studios said: “The Split is a moving and compelling study of the universal themes of love, marriage and divorce – all of which audiences around the world will no doubt be able to relate. It’s a privilege for us that Palomar and Rai Fiction have chosen The Split as their next project, and I eagerly look forward to how they, the key talent, and the creative teams will explore this series for Italian audiences next year.”

Alone Australia will see 10 survivalists dropped into the wilderness, where they’ll be challenged by the merciless forces of nature and hunger, and perhaps the toughest challenge of all: isolation. With a life-changing cash prize up for grabs, anything could happen.

This will be the fourth international version of the format and will be produced by ITV Studios Australia. The original series has run on The History Channel in the US for eight seasons.

“The success of Alone across different languages, cultures, and territories is a testament to the global resonance of this powerful format. Australia, with its beautiful, rugged and diverse geography, has a long history of incredibly unique and adept wilderness survival experts who will undoubtedly bring another level of authenticity, richness, and colorful real-life drama to the screen,” said Glen Hansen, SVP of Content Sales Asia-Pacific at A+E Networks International. 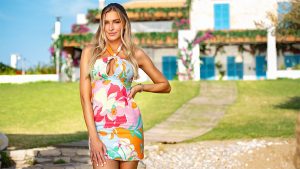 Love In The Flesh

The second edition of the bespoke online event invites international broadcasters and producers to view a selection of on-demand sessions from leading format producers.

Passion’s two new shows will be available on demand from 23 February.

Love In The Flesh (8 x 45-minutes) was originally commissioned by BBC Three from producers Ten66, with the format testing the strength of online relationships formed via dating apps and social media in the real world. These online daters are whisked away from the pressures of daily life to explore whether their online chemistry survive in the flesh.

Open (working title), meanwhile, was commissioned by Channel 4 from producers Firecracker, and is a new social experiment format exploring whether relationships can be open and can thrive without monogamy.