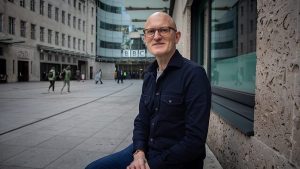 The BBC has hired the director programmes at UK-based Blast! Films as commissioning editor for its arts output.

He reports into Suzy Klein, who started as head of arts and classical music TV at the BBC in October, and will start in his new post on 25 April.

Pegg developed and executive produced series and single films across arts, history, science, and observational documentary at Blast!, including three seasons of Secrets Of The Museum for BBC Two, Channel 4’s The Secret Life Of The Zoo and the first season of The Supervet.

He was previously a commissioning editor at Channel 4 and held development roles at the BBC, RDF and Diverse.

Pegg said: “I’m looking forward to helping expand the range of what we cover, and to working with filmmakers and producers to innovate in form as well as content.”

Klein added: “Alastair brings with him a wealth of knowledge across factual programming, experience in commissioning, a superb contacts book and a reputation for excellence across the industry.”