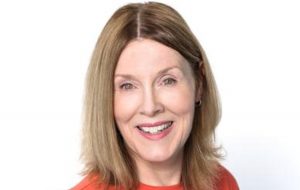 The UK unscripted industry is facing a shortage of skilled workers, according to a new report from the country’s TV skills body ScreenSkills.

The Unscripted TV Production In The UK: 2021 Skills Review report examines the sector’s skills needs and has identified a wide range of skills needs with a particular focus on shortages in the “squeezed middle” of experienced crew.

The report, which is designed to complement and provide an evidence base for the work of the new Unscripted TV Skills Fund launched last year, examines skills shortages, gaps, hiring policy and practice, inclusion, training and perspectives on the future.

The findings, which are described as “not entirely unexpected,” highlight how much needs to be done to address the situation in unscripted TV.

In an introduction, Sinead Rocks, MD, Nations and Regions, at UK broadcaster Channel 4, and Jane Muirhead, MD of Raise the Roof Productions, who chair the Unscripted TV Skills Fund Steering Group and Unscripted TV Skills Council, respectively, wrote: “Producers have said clearly in this survey that action is needed now.

“Those of us who are involved in the Unscripted TV Skills Fund are committed to precisely that – improving the situation after years of underfunding. The commitment of broadcasters, streamers and production companies to increasing investment and working together in the interests of the unscripted TV industry is fantastic. However, as you will see, there is a lot to do.”

The key findings of the report include recognition of the importance of supporting experienced mid-level crew where there are particularly acute skills shortages; challenges in recruiting and retaining people with the right skills and experience across all genres, roles and production hubs; and shortages at all career stages highlight a longer-term need for people to join and stay in unscripted.

The reports finds that the impact of Covid-19 has exacerbated the situation, with increased illness and absence and people leaving the industry coupled with a significant increase in production over the last 18 months.

Shortages are particularly acute among production management and senior editorial roles and reflect “an apparent fundamental misunderstanding at entry level of the qualities, skills and aptitude to work in the unscripted sector”.

The hardest to recruit roles were named as production coordinator, production manager, editor and series producer – with no clear differences relating either to genre or geography.

Shortages are shown to lead to problems including over-promotion, rate inflation and senior staff stepping in to complete junior responsibilities and, at worse, productions being delayed.

An historical under-investment in production roles, a general increase in commissions, more poaching of people, and high levels of burnout were also blamed for shortages. Increased budgets and schedules to help retention by enabling a better work-life balance and recognition of increasing workloads were offered as potential solutions.

The full report can be read here on the ScreenSkills website.