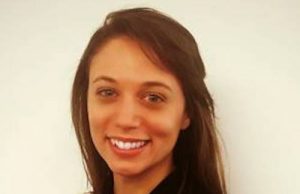 BBC Studios (BBCS) has rejigged in Australia and New Zealand, with Chrissie Carras appointed to become head of branded services for its operations in the region.

Carras will oversee programming, presentation, media planning, advertising and brand partnerships for BBCS’s branded channels and shows in the region, as well as taking on responsibility for the branded services marketing team.

Her promotion follows Tim Christlieb’s departure to work for BBCS in the UK.

Carras joined BBCS in 2010 and was most recently head of programming & advertising sales for branded services in Oz. She has been behind the launch of BBC Earth in Australia and New Zealand, BBC Brit, BBC Living and BBC Kids on Fetch, and CBeebies on Sky TV in New Zealand, together with various pop-up channels.

The new structure will see Calum Hemphill promoted to head of network planning, leading a new unit responsible for all network media inventory including advertising and brand partnership opportunities. He will report in to Carras, who in turn continues to work closely with Lottie Wilson, head of acquisitions.

The appointment is the latest rejig for BBCS in Oz, where Kate O’Connor was recently promoted to head of licensing & brands, overseeing all aspects of brand expansion for Bluey and other BBC Studios IP including BBC Earth, Doctor Who and Top Gear.

Fiona Lang, General Manager at BBCS ANZ, said: “In Chrissie we have someone with an unparalleled knowledge and passion for the best British TV content and an astute understanding of what works for our audiences, advertisers and platform partners.”