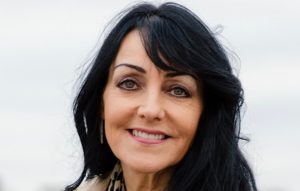 Oversight of the prodcos had previously fallen under Sally Debonnaire’s remit but following her decision to retire this year, ITVS appointed three new directors of production for scripted and non-scripted UK and international.

The exec has most recently been leading production on Nautilus, the upcoming live-action drama for Disney+ based on Jules Verne’s classic novel 20,000 Leagues Under The Sea, which is being co-produced by Seven Stories and Moonriver TV. She also worked on The Feed for Amazon Prime, as well as The Nest and Three Families for BBC One.

TBI understands Ian Hogan has taken on the role of production executive on Nautilus, having previously worked on historical drama Sanditon for Masterpiece, BritBox and ITV, as well as Netflix’s Black Mirror.

Prior to joining Studio Lambert, Clark was senior production executive at Left Bank Pictures, where she oversaw shows such as Outlander, Electric Dreams, The Replacement and The Halcyon. She also had stints at BBC Drama, working Luther, Our Girl and Silent Witness.

Cleary said: “As ITV Studios drama has continued to increase in size, so we have needed to build on the brilliant production talent base we have here, and Julie joining us only serves to strengthen that.”

The scripted rejig comes three months since ITVS named Angela Jain to a new UK-focused role heading up its unscripted labels, with a remit across 11 of the company’s prodcos.