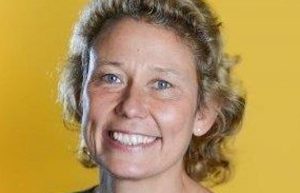 In her new role, Fraser has a long-term remit to help the company grow and achieve its creative, strategic and commercial ambitions.

Spirit Studios’ original programming includes The Stand Up Sketch Show for ITV, BAMOUS for the BBC, The Artists for Channel 4 and Comedy Against Living Miserably for Dave/UKTV.

With a career spanning more than 30 years in the TV industry, Fraser spent over 20 them at the helm of Maverick TV as creative director and joint CEO, overseeing factual formats, including  Embarrassing Bodies, How to Look Good Naked, Bizarre ER and Ten Years Younger, as well as a raft of factual and children’s content.

Following five years leading the business under All3Media’s ownership, Fraser took on the chief creative role at 7 Network-backed 7Wonder, producing entertainment and features formats including What To Buy And Why, Back To The Land, Seven Year Switch, My Kitchen Rules and Bride And Prejudice. The company was subsequently acquired by Banijay.

“’I’ve always been genuinely passionate about making content with a purpose that is also highly engaging, and these ambitions lie at the heart of everything Spirit does.

“I’m joining at a time when the company is enjoying rapid growth across all the studios and I am really looking forward to working closely with them over the next few years to help fulfil their exciting creative and commercial potential” said Fraser.