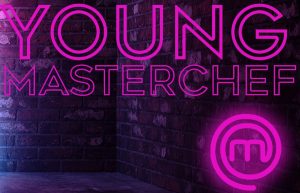 BBC Three, fresh from its return to linear TV, has commissioned a local version of Banijay format, Young MasterChef.

The 10 x 30-minute show is being produced by Banijay UK’s Shine TV, in association with Ziji Productions, and will focus on up-and-coming young food talent between the ages of 18 and 25.

The series will track the young hopefuls as they undertake a variety of challenges designed to push them to new culinary heights and reflect Britain’s food revolution.

It will join an array of other MasterChef formats on the UK public broadcaster’s channels. MasterChef, the original series, returns for its 18th season on BBC One next month, while Celebrity MasterChef and MasterChef: The Professionals both continue to air.

Kate Phillips, controller of entertainment for the BBC, said: “We know how much BBC viewers love MasterChef and the BBC Three series will be a great opportunity to tap into the huge wealth of young budding chefs out there, from all over the UK.”

Fiona Campbell, controller of BBC Three, added: “With its focus on the culinary talent of tomorrow, Young MasterChef has all the ingredients to be a big success for us and we can’t wait to watch the next generation of food lovers from across the UK cook up a storm on BBC Three.”

Shine TV’s executive editor for MasterChef, David Ambler, said the show provided “a great opportunity for any young person passionate about food and we can’t wait to open the kitchen doors to discover some incredible cooks from all backgrounds.”

It’s the latest addition for BBC Three, which started broadcasting via linear again at the end of January. It has recently ordered gym-based comedy Peacock from People Just Do Nothing’s Allan ‘Seapa’ Mustafa, along with factual drama Death In The Warehouse.