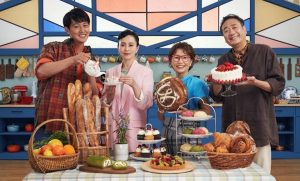 Amazon Prime Video in Japan has acquired rights to BBC Studios (BBCS)’s well-travelled cookery format Bake Off, with an eight-part first season in the works.

The Japanese version’s first four episodes will be available via Amazon’s streaming service in the country from 22 April, with the final four launching a week later on 29 April.

The format follows 10 amateur bakers competing through a series of challenges that will assess their technique and ability to produce mouth-watering cakes, breads, biscuits and pastries.

Toshihiko Yoroizuka, one of Japan’s top pastry chefs and owner of Toshi Yoroizuka patisserie, and Yoshimi Ishikawa, an entrepreneur who trained in baking in France and runs a bakery chain, are on the judging panel.

Bake Off has now been licensed to more than 35 countries including Australia, where it premiered last month on Foxtel. This latest sale of the format, which was created by Sky-owned Love Productions, comes ahead of BBC Studios virtual Showcase event that runs 28 February to 2 March.

André Renaud, SVP of global format sales at BBCS, said: “The Great Bake Off’s magic ingredients of feel-good entertainment, warmth and accomplishment is what has made it an enduring success across the world. I’m delighted that Amazon Prime Video are now taking a slice of this to share with Japanese audiences.”

Erika North, head of originals for Asia-Pacific at Amazon Studios, said: “Filled with friendship and laughter, this is a unique competition series sure to delight and inspire our customers in Japan.”