Amazon Prime Video has struck a major deal with Pinewood Group’s Shepperton Studios, securing it a huge section of production space for its UK shows.

The exclusive long-term agreement will provide the streamer with around 450,000 square feet of production space at Shepperton, which has recently been redeveloped.

Amazon, which recently pulled production of its mega-budget fantasy series The Lord Of The Rings: The Rings Of Power from New Zealand to the UK, will also gain access to nine sound stages, plus office space and workshops. 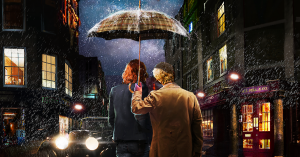 The online retailer is expected to move into the facilities in 2023, according to The Guardian, which broke the news. It added that the lease was for “well over” a decade.

The multimillion pound pact means the streamer will be producing its shows next door to rival Netflix, which struck its own expanded deal with Shepperton in 2019.

Fellow US firm Disney also has its own deal for studio space with Shepperton’s owner Pinewood, while a slew of new production space is being developed to deal with a nationwide shortage.

New facilities opening up in the UK include plans to transform the derelict Newtown Railway Works in Ashford, Kent into a 240,00 sq. ft. production space, and Sky’s development of a 32-acre film and TV studio at North London’s Elstree.

The agreement for Amazon, meanwhile, underlines its focus on the UK as a major production hub. Its first original was The Grand Tour in 2016, since which it has been behind All Or Nothing sport docs focused on English Premier League teams Manchester City and Tottenham Hotspur. 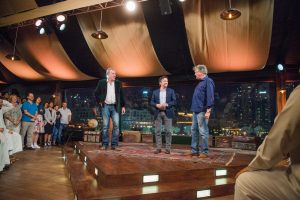 Further UK-produced shows in the works include The Devil’s Hour from Hartswood Films, musical drama Jungle from Nothing Lost, and Wild Mercury’s thriller, The Rig. Amazon Studios also has overall deals with UK-based creators including Phoebe Waller-Bridge and Neil Gaiman.

Jennifer Salke, head of Amazon Studios, said: “Shepperton has long been synonymous with top-tier television and movies and we’re proud that it will be home to many Prime Video original productions in the years to come.”

Dan Grabiner, head of UK originals at Amazon Studios, added: “As we continue to grow the number of original series we’re making in the UK, it is critical that these productions support and develop a diverse pipeline of talent.”

Once construction is completed in 2023, Shepperton will comprise 31 purpose-built stages, which the operator says will make it the second-biggest studio in the world.

UK chancellor, Rishi Sunak, said Amazon’s investment “will drive growth and create jobs with thousands of opportunities for the producers, actors and directors of tomorrow.”