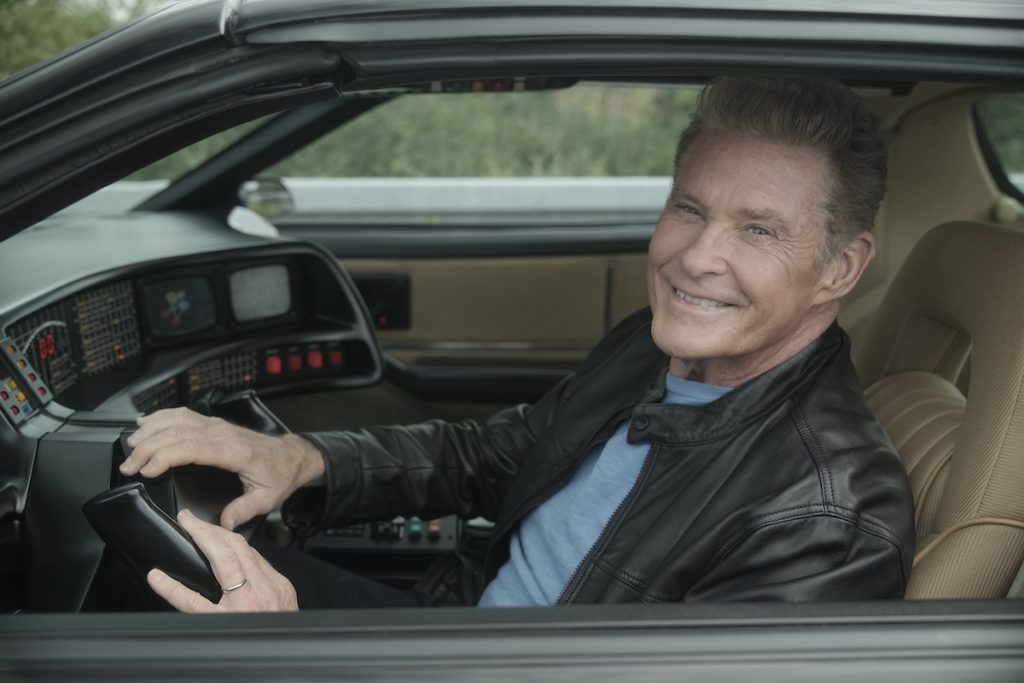 The line between fact and fiction will grow a little blurry later this year, as David Hasselhoff-led dark comedy thriller Ze Network lands on German SVOD platform RTL+ in the fall.

The Hollywood star of hit shows such as Knight Rider and Baywatch is attached to play a version of himself, which, while fictional, plays around with what is and isn’t known about the actor and where he is right now in his career and his life.

In the German-and-English-language scripted series, Hasselhoff sets off in pursuit of career redemption with a new lead role in a theater play in Germany. It is there that he meets Henry Hübchen, the German actor best known for his award-winning performance in Go For Zucker, also playing himself, who is to star as the second lead – both in the world of the show and without.

However, when the alleged large scene theater turns out to be a rather modest venue in the very east of Berlin, and the role plunges him into the center of an international conspiracy of former cold war assassins, Hasselhoff fears he is losing his mind as the very fabric of reality seems to break down around him. But what role does Hübchen play in all this? And what connection does he have to the shadowy organisation known as Ze Network?

Hasselhoff, who also serves as executive producer on the series, describes Ze Network as “offbeat” and “left field”, likening it to the tone of the Quentin Tarantino film Inglourious Basterds and telling TBI: “You almost feel guilty about laughing at a scene when a woman explodes in David Hasselhoff’s arms – it’s funny, though the fact that it happened is not.

The eight-part genre-bending series hails from showrunner, creator and director Christian Alvart and producer Sigi Kamml’s Berlin-based firm Syrreal Entertainment, which is behind the Netflix shows Sløborn and Dogs Of Berlin, and US-based CBS Studios.

It is the first project from their first-look international television agreement and ViacomCBS Global Distribution Group is handling distribution outside of German speaking territories.

Syrreal founder and co-CEO Alvart reveals that while Ze Network marks the first collaboration between the companies, it is not specifically representative of what their partner is looking for. Rather, they are wide open to shows that can travel globally.

He says: “The next show we’re doing is a very serious and very dark crime show that they bought. There’s not a single funny thing in it, I think they’re very open-minded as long as they think the central conflict and the central characters resonate with audiences.”

Of this project, Alvart says that striking the right tone was the most challenging part of creating the series because it was “so unique.”

“It’s very dark, sometimes it’s cynical and other times it’s very raw and heartfelt,” Alvart explains. “Sometimes tonal shifts can be a problem, but when we were writing this pitch we all felt that it came together nicely. Sometimes tense, sometimes funny. It’s a very wild, unique ride, I’ve not done something like this before.”

Fellow co-CEO Kamml elaborates: “I think what Christian really did very well is to take all the characters seriously all the time. It’s not that we are hunting punchlines, it’s not that we are creating caricatures of a character, but they have serious issues and problems and goals to achieve and by doing this there is situational comedy arising out of that.”

It is at this point in the interview that Hasselhoff interjects: “We found comedy in a woman exploding into my face ­– and I was covered in blood for three days – and everyone’s laughing about this… except for me.”

Hasselhoff adds that from the reaction to a rough cut: “A lot of people remarked that they couldn’t wait to see the series. I wasn’t one of them, because I was washing the blood off my face,” he laughs. 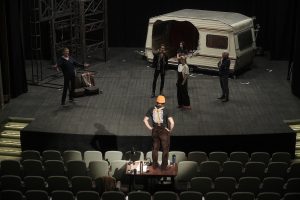 Hasselhoff tells us that he tackled playing himself just the same as any other role – “They put lemons in front of you, you make lemonade, you do what’s in front of you and make it the best you can.”

He does add, however, that he is “really proud” of his work on the show and reveals that he believes it is some of his strongest work.

“The highlight of this whole shoot for me was coming home and telling my wife that I was in the zone. I haven’t been in the zone for a long time.

“The zone is kind of like; I can be having a conversation and they say action and I just go right into it – and then go back to the conversation. That was amazing for me.”