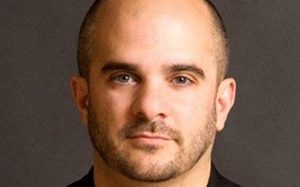 The prodco will work across TV and film, with John Baldecchi and former Hulu exec Griffin Gmelich also onboard.

Ianno is CEO, former MGM exec Dundas – who was named head of entertainment at ITV America’s Entertainment division in 2018 – will lead unscripted, and Baldecchi will oversee scripted and film.

Gmelich’s Foundation Sales will work on the distribution side for the company, which is being backed by US-based Klingenstein Fields Advisors and Ingenious Media.

It will be based on his real life experiences and tracks a young artist’s rise to fame who then tries to escape the trappings of being a celebrity. It will be sold by ICM.

Movies in the works include Sacrament, which follows a veteran who attempts to avenge his son’s murder by a drug cartel.

Ianno said that “epic content spending tailwinds, voracious consumer appetite… and the explosion of the markets in non-scripted content”, had prompted the launch of the firm.