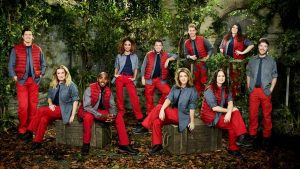 The UK version of I’m A Celebrity… Get Me Out Of Here!

Quebecor Content, the studio division of Canada’s Quebecor Media, is making a French-language version of the ITV Studios reality format I’m A Celebrity… Get Me Out Of Here!

This new local version is being produced by Montreal-based Productions Déferlantes in collaboration with Quebecor Content, and will debut on on Quebecor’s French-language network TVA this fall.

The format follows well-known personalities of all ages and backgrounds as they rough in the jungle, competing in a series of challenges. Originating in the UK, it has now sold to 15 countries, including Australia and France.

“The addition of I’m a Celebrity… Get Me Out Of Here! to our roster of major formats reaffirms our entertainment drawing- power, as it generates a renewed sense of excitement among TVA viewers.”