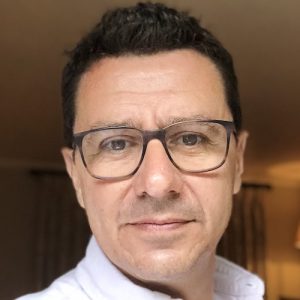 Dancing On Ice producer Lifted Entertainment has promoted its director of unscripted to become the ITV Studios-owned company’s MD.

Richard Cowles replaces Angela Jain, after she was appointed late last year to become ITVS’s first director of unscripted in the UK.

Cowles, meanwhile, has co-created formats including Love Island, I’m A Celebrity… Get Me Out of Here! and Hell’s Kitchen.

He has been at Lifted since 2012, initially as creative director, overseeing I’m A Celebrity… and leading on the relaunch of ITV primetime show Ant & Dec’s Saturday Night Takeaway after a five-year hiatus.

He became director of unscripted in 2019 and has since secured commissions with ITV for Walk The Line and Beverley & Jordan: Destination Wedding, as well as a pilot for The Secret Gameshow. Further funded development projects are in the works, but under wraps, with both linear and SVOD platforms.

Cowles said: “Not only am I able to continue working with such an incredible team, but I now have the opportunity to lead the label as it builds on its many successes and moves forward finding new directions and opportunities in the fast-changing TV landscape.”

Jain added: “He knows the talented team and the wonderful people, understands the challenges and the opportunities. Richard’s enviable track record in delivering programmes of real excellence provide the perfect springboard for him to lead the charge on the next chapter of Lifted Entertainment.”