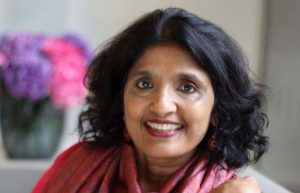 UK TV skills body ScreenSkills and The Film and TV Charity have partnered to launch Mental Health Training: Guidance for Employers, a new framework to support people in the UK film and TV sectors responsible for mental health training.

The new guidance, which is accessible via the ScreenSkills website, offers employers – including freelancers and anyone with line management responsibilities – a suite of resources, links and considerations to help them create and implement mental health and related training.

The information has been created following research by the Film and TV Charity that examined existing mental health and wellbeing training provisions, as well as potential gaps and areas for innovation, development and improvement.

The guidance also explores other types of training linked to the underlying causes of mental health problems that are not always considered and encourages employers to take a broader look by considering sustained and ongoing development opportunities for them and their staff.

It forms part of The Film and TV Charity’s Training+ project, itself part of the organisation’s larger, industry-led initiative to mitigate the mental health emergency in the film, TV, and cinema industries.

Alex Pumfrey, CEO at The Film and TV Charity, said: “Our research shows that we need to reassess how we think and talk about mental health and wellbeing in film, TV and cinema, and the recent launch of our Let’s Reset behaviour change campaign demonstrated that leaders from across the industry agree with that stance and are committed to taking the steps necessary to do so.”

Seetha Kumar, CEO at ScreenSkills, added: “The work that has been underway to identify and share best practice in supporting good mental health and wellbeing in the screen industries is an important step forward in making our sector a better place to work.