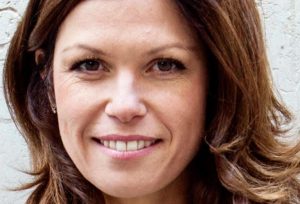 Petterle will oversee development and delivery of factual programming and docs for the Vice-owned prodco in the US and UK, as well as increased focus on expanding in Latin America.

She will report into Marisa Clifford, Pulse’s CEO of UK & Europe, & founder, as well as working closely with Thomas Benski, CEO & founder.

Petterle was formerly a creative director at Darlow Smithson, where she helped to double the company’s turnover with SVOD and linear commissions. During her tenure she also executive produced documentaries including ITV’s In Cold Blood.

Since leaving Darlow Smithson last year, Petterle developed and sold a series to a major streamer through her company, Petterle Films, in co-production with Wall to Wall.

At Icon, she executive produced Unknown Amazon and while at the BBC, she was responsible for commissions including Who Do You Think You Are? with Danny Dyer, Fifteen Billion Pound Railway and The Doctor Who Gave Up Drugs.

Pulse recently produced non-fiction reunion show Harry Potter 20th Anniversary: Return To Hogwarts for HBO Max and is also behind the Hulu and Sky co-production, Dead Asleep, as well as music feature documentary Meet Me In The Bathroom.

On the scripted side, last week the company optioned the rights to adapt Moses McKenzie’s debut novel An Olive Grove In Ends.

Petterle said: “With a strong record of producing award-winning feature documentaries, sought after by Sundance and other major festivals, as well as hit series on streamers, I am excited to continue building on this strong brand to further create more meaningful, high quality non-fiction programming that appeals to audiences worldwide.”

Clifford added that Petterle would be “invaluable in finding new captivating and untold real stories.”