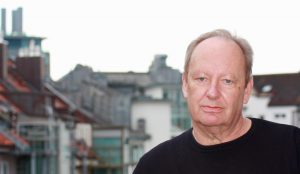 Moritz Polter’s ITV Studios-backed Windlight Pictures has hired another alum from Bavaria Film, this time to lead its production efforts.

Andreas Habermaier will join on 1 February as head of production for Munich-based Windlight, which was launched in 2021 by former Bavaria Fiction exec Polter.

Habermaier was previously line producer of several Tatort TV movies including Schneeland, Sapphire Blue and Emerald Green. He also worked as head of production for Bavaria Film, where he oversaw the production of Enfant Terrible, Confessions Of Felix Krull and The Privilege for Netflix, among other projects.

Habermaier, who reports into Polter, said he would be “advancing exciting and ambitious high-end projects” in his new role at the company, which is aiming to start shooting its first project this year.