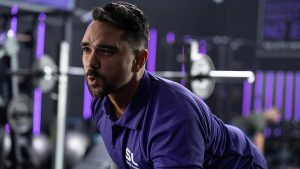 BBC Three in the UK has ordered a gym-based comedy series from People Just Do Nothing’s Allan ‘Seapa’ Mustafa and a warehouse-based factual show, ahead of the channel brand’s return to linear today.

Peacock is from writers Steve Stamp and Ben Murray, with UK-based Big Talk Productions. The show tells the story of a personal trainer in the midst of an identity crisis after he loses out on a promotion.

Also on the slate is factual drama Death In The Warehouse, which tells the fictional story of warehouse worker Alys whose childhood friend Megan joins the same distribution centre as a trainee manager.

In a desperate attempt to keep her new job, Megan presses pregnant Alys to get her ‘pick-rate’ up, putting Alys and her baby at risk.

The show is written by new screenwriter Helen Black and produced by BBC Studios Drama Productions.