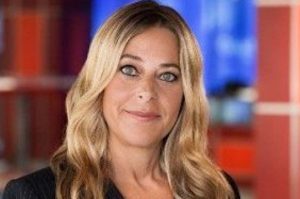 Screenwriter Chris Roberts is penning the 8 x 60-minute series as a contemporary re-imagining of the Robin Hood myth, produced by Boat Rocker Studios in association with Corus Entertainment,

Production is slated to begin this summer in the Toronto and Hamilton area with the series set to debut on Global in 2023.

Robyn Hood follows Robyn Loxley, a young woman whose masked hip-hop band, The Hood, is known for their inventive videos and anti-authoritarian message. She lives in Sherwood Towers, a cluster of rental high-rises in a working-class corner of New Nottingham, a near-fi city where the cost of living has skyrocketed, leaving an ever-widening gap between the rich and everyone else.

When Robyn finds herself fighting for her home and her family against local property developer John Prince and The Sheriff of New Nottingham, Robyn and her band The Hood decide to fight back, righting the wrongs of the corrupt elite to give back to the people who are living under their regime.

“We were immediately drawn to this modern, edgy interpretation of a classic legend that feels relevant to today and unlike any series we’ve launched on Global,” said Lisa Godfrey, SVP of original content and Corus Studios. “With the creative vision of Director X and the innovative team at Boat Rocker, we can’t wait to see them bring this striking new drama to life.”

The series is being helmed by Director X, the filmmaker and director best known for his work on music videos for top talent including Kanye West, Jay-Z, Justin Bieber, Nicki Minaj and Rihanna.

“This is the perfect time to modernize Robin Hood. We are currently living in the gilded age 2.0, where billionaires have way too much and the poor have far too little. We need someone to fight for justice!,” said Director X.