Seven Network revives ‘This Is Your Life’ in Australia 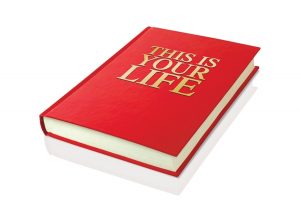 The Seven Network in Australia has commissioned a revival of biography format This Is Your Life as a special event series for its Channel 7 and 7plus later this year.

ITV Studios Australia will produce the series following a deal struck with format distributor All3Media International, after its acquisition of the DRG/NENT library last year.

The format, based on the US NBC show of the same name, is owned by owned by TIYL 2010, while Ralph Edwards Productions acts as its authorised representative. It has previously been adapted multiple times in countries all over the world, including Israel, Peru, the UK and Sweden.

Making its Australian debut on Seven in 1975, the format celebrates one iconic Australian at a time, offering revealing insights, emotional reunions and never-before-seen footage from their closest colleagues, friends and family, including international names and surprise performers.

This version of the show ran on Seven for six seasons and the format was later revived in Australia on the Nine Network, on and off, between 1995 and 2011.

Seven’s director of network programming, Angus Ross, said: “This Is Your Life was an iconic and incredibly successful show for many years. The time feels right for it to return.

“We can’t wait to bring the format into 2022, engaging both new viewers and the generations of Australians who remember the show fondly and will welcome its return.”