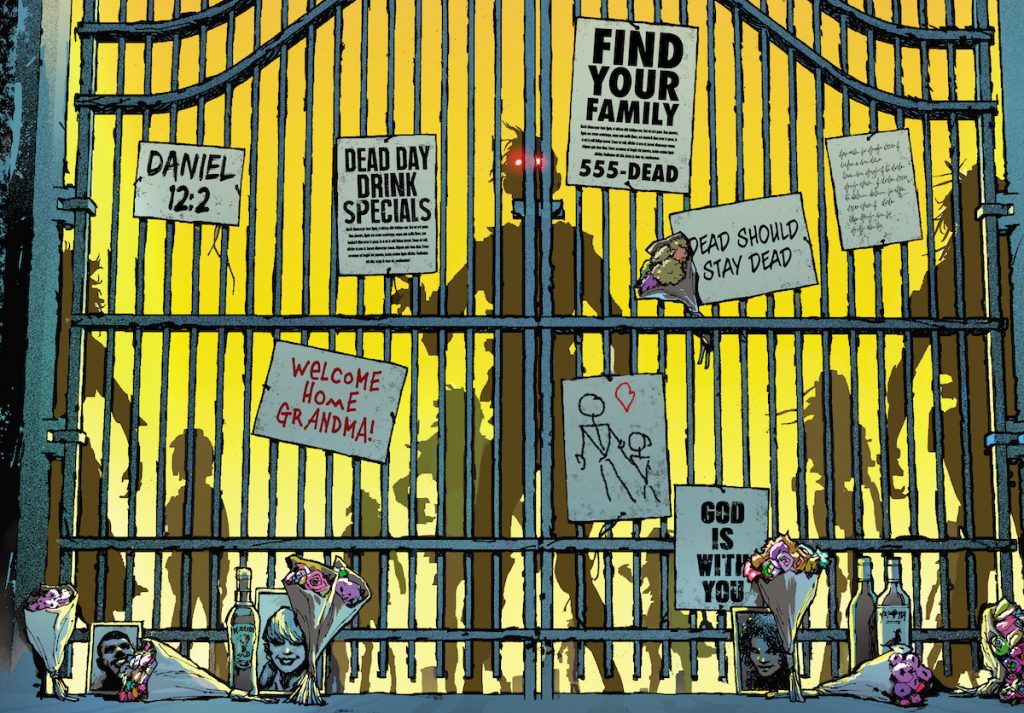 Produced by Universal Television and AfterShock Media, the show is based on the comics created by Ryan Parrott, following an ensemble of characters as they navigate the annual “dead day,” when for one night the dead come back to complete unfinished business – either to celebrate a night back on earth or to torment the living.

The adaptation is being helmed by producers Plec and Williamson, who are reuniting after previously working together to develop The CW supernatural series The Vampire Diaries, and who will serve as co-showrunners, writers, and executive producers.

Plec is also currently in production on Peacock’s YA supernatural show Vampire Academy, which she co-created and is co-showrunning, as well as executive producing the upcoming NBC series The Endgame.

Williamson is currently in post-production on the thriller Sick for Miramax Studios, which he serves as a producer. He also executive produced latest Scream horror film.

“We have been looking for a project to do together and Dead Day has all the ingredients we love as storytellers. Love, death, thrills and tears – and we know Susan Rovner and her team at Peacock is the perfect fit for this project,” said Julie Plec and Kevin Williamson in a joint statement.

AfterShock Media is comprised of Rive Gauche and AfterShock Comics, with the global distributor and publishing company merging in 2020 to sell the comics IP into new formats, including TV, film, gaming and podcast products.