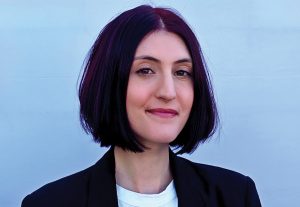 Look Mom! hires for US expansion

Reporting to managing director Josh Bowen, Di Pasquale will be based in Los Angeles and will lead efforts to expand Look Mom!’s development slate and studio presence in the US market.

In this new role, Di Pasquale will identify emerging talent and creators and develop original adult animation content out of the US, working closely with Bowen and Look Mom!’s Toronto-based team to produce new projects for buyers in North America and around the world.

Di Pasquale joins Look Mom! from Superplastic, where she was Head of Entertainment & Media Development and led creative development for the studio’s animated feature films, TV series, and web comics.

“Working with up-and-comers has been a passion for me throughout my career and joining a studio that prioritizes resources for and collaboration with creators felt like the perfect fit,” said Di Pasquale. 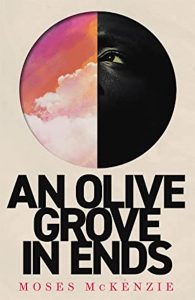 UK-based prodco Pulse Films (Gangs Of London) has optioned the rights to adapt Moses McKenzie’s debut novel An Olive Grove In Ends, which will be published this coming April.

McKenzie will write the adaption of his own novel for television, with the book telling the coming-of-age tale of Sayon Hughes, a young Black man from Bristol, who dreams of a world far removed from the one in which he was raised.

Set within a richly drawn Jamaican-Somali community, it follows the turbulent, often painful childhood and youth of Sayon, who tries to keep his crimes secret from the pastor’s daughter he’s in love with.

McKenzie said: “From the first conversations with the Pulse team my agent and I knew we’d found people who understood what I’m aiming to achieve with this story, and who have the creative flair and determination to develop an outstanding tv adaptation. I want to create something beautiful, something that will be beautiful now and in 50 years’ time.”

The series will air on SBS Viceland and the SBS On Demand service. 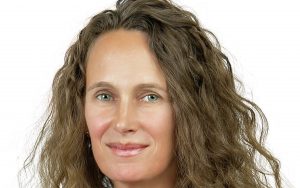 Randall joins the company after nine years as head of film and TV at iLaw, a boutique technology and corporate law firm, where she advised on all aspects of production, from rights acquisitions, to sales and distribution agreements, for a broad range of clients.

Recent titles represented include Kenneth Branagh’s Belfast and All Is True starring Judi Dench and Ian McKellen. Prior to iLaw, Randall trained at DMH Stallard LLP, working with media and technology clients.

Noah Media Group is behind sports documentaries inlcuding Netflix Original, 14 Peaks: Nothing Is Impossible and Arsène Wenger: Invincible, a co-production with Federation Entertainment, soon to debut on Amazon Prime Video in the UK.

CEO and co-founder John McKenna added: “We are delighted Esther has joined Noah at this important point in the company’s growth. Her vast experience and knowledge of the industry will be invaluable in realising our plans and ambitions. It really is a fantastic appointment for the company.”

Johnson comes to BossaNova after a one-year tenure at factual indie Woodcut Media having previously worked with Lowe at Beyond Rights, which acquired TCB Media Rights in April 2020, following the collapse of Kew Media Group.

Lowe will meanwhile head up the distributor’s commercial and business-affairs department having previously worked with BossaNova CEO Paul Heaney after she joined TCB Media Rights in 2013.

Paul Heaney said: “I’ve worked with Charlotte and Claire for many years, so I know they’re both stunningly competent, highly motivated and the safest of safe hands. This makes the ambition of BossaNova to have a bulletproof back office very likely but also great for the quality of communication with our customers and suppliers. I can’t think of two better people to help lead BossaNova into its next phase of its development.”