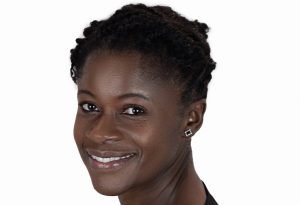 Moonriver TV, the UK prodco behind upcoming Disney+ drama Nautilus, has expanded its London-based team with the hire of Lincia Daniel as an executive producer and the promotion of Casey Herbert.

Daniel joins from Slim Film and Television, where she was UK head of production, working on Around The World In 80 Days for BBC One and Mystic for kids channel CBBC.

Herbert, Moonriver TV’s existing executive producer, is stepping up to become senior EP, overseeing the creative team in London and working alongside CEO Xavier Marchand on the company’s slate.

Moonriver is also working on First Time For Everything, which is adapted from Henry Fry’s novel about a young gay man’s wild ride through modern queer life in London, and Notre Dame, which explores the devastating fire that ripped through Paris’ Notre-Dame Cathedral in April 2019.

The firm is also behind A Gentleman In Moscow, which is based on Amor Towles’ novel, and Vain Glory, from late screenwriter Alan Sharp. Its feature slate includes horror Consecration.