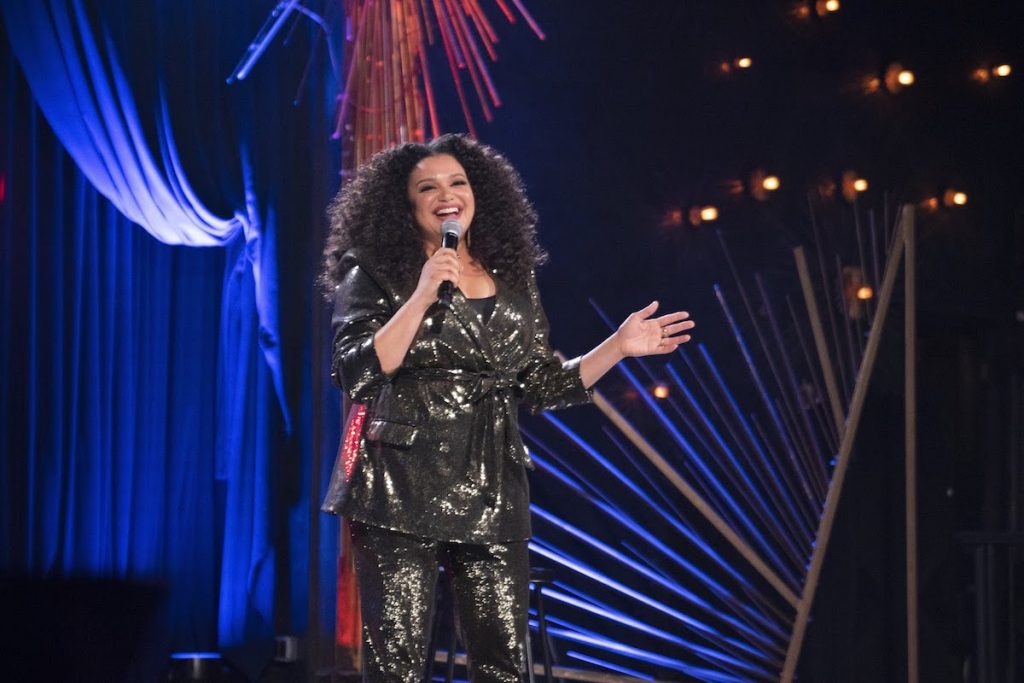 Netflix has ordered Survival Of The Thickest, a new scripted comedy starring actor, writer and comedian Michelle Buteau and based on her book of essays.

She plays Mavis Beaumont, who unexpectedly has to rebuild her life after putting all her eggs in one man’s basket,but is determined to not only survive but thrive with the support of her chosen family, a positive attitude, and a cute v-neck with some lip gloss.

The series was created by Buteau and Danielle Sanchez-Witzel and will be executive produced by Ravi Nandan and Alli Reich from A24.

Sanchez-Witzel is also the showrunner for the series, following the recent announcement of her overall deal with Netflix that also includes show development.

The series also continues Netflix’s relationship with Buteau, who also has her own Netflix stand-up special, Michelle Buteau: Welcome To Buteaupia; hosts unscripted competition series The Circle; narrates upcoming docuseries The Principles Of Pleasure; is set to host the second season of Barbecue Showdown; and starred in the feature film Always Be My Maybe, as well as the series Tales Of The City.

“It’s been so damn amazing finding a home with Netflix,” said Buteau. “To say I’m excited to continue my relationship with them is an understatement. I’m over the moon and I’m under it! Danielle has been a dream partner and I can’t wait to share what we’ve been cooking up.”

NBCUniversal-owned SyFy in the US has ordered The Ark, a new science fiction series from Dean Devlin, the writer/producer behind Independence Day and Stargate.

Devlin will serve as co-showrunner and exec producer on the series alongside Jonathan Glassner (Stargate SG-1), with the 12-part The Ark taking place 100 years in the future when planetary colonisation missions have begun as a necessity to help secure the survival of the human race.

The first of these missions on a spacecraft known as Ark One encounters a catastrophic event causing massive destruction and loss of life. With more than a year left to go before reaching their target planet, a lack of life-sustaining supplies and loss of leadership, the remaining crew must become the best versions of themselves to stay on course and survive.

“The Ark is a perfect fit for SyFy audiences and we know fans will gravitate to this heart-racing story from Dean Devlin, one of the most accomplished and respected sci-fi writers working today,” said Lisa Katz, president, scripted content, NBCU Entertainment and Streaming.

The psychological drama is told in multiple timelines and perspectives, and explores and upends the girl-gone-missing genre. It’s a show about how a young woman’s mysterious death during an idyllic Caribbean vacation creates a traumatic ripple effect that eventually pulls her surviving sister into a dangerous pursuit of the truth.

Leila Gerstein will write the series, while Dee Rees will direct and both executive produce alongside Stephen Williams, Anonymous Content and DreamCrew Entertainment.