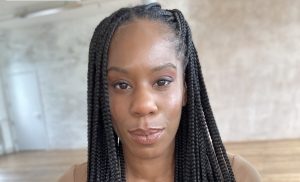 UK commercial broadcaster ITV has rejigged its commissioning team, with the addition of a UKTV exec and a new role for Louise Major.

Natalie Rose is to join ITV Entertainment from the start of February, working alongside fellow commissioners David Symth and Pete Tierney, and assistant commissioners Gemma John-Lewis and Leanne Clarke.

She most recently spent three years at UKTV, launching Big Zuu’s Big Eats, along with Stacey Dooley Sleeps Over and factual series Bangers And Cash and Warbird Workshop.

Prior to that, Rose produced ITV shows including The Voice, TOWIE and I’m A Celebrity Get Me Out of Here.

Major joined ITV Entertainment commissioning in 2017 and has worked across shows including Britain’s Got Talent, DNA Journey, In For A Penny and Ant & Dec’s Saturday Night Takeaway.

Before joining ITV, she produced the broadcaster’s entertainment shows including I’m A Celebrity Get Me Out Of Here and The X Factor.

Katie Rawcliffe, ITV’s head of entertainment, said: “From the Masked Singer and The Masked Dancer to the return of Ant And Dec’s Saturday Night Takeaway and Britain’s Got Talent, to big events like the NTAs, The Brits, and new shows including Starstruck and Romeo And Duet, 2022 is going to be a big year for ITV Entertainment and I’m delighted we have such a strong commissioning team in place working across our wide array of shows for ITV and ITV2.”