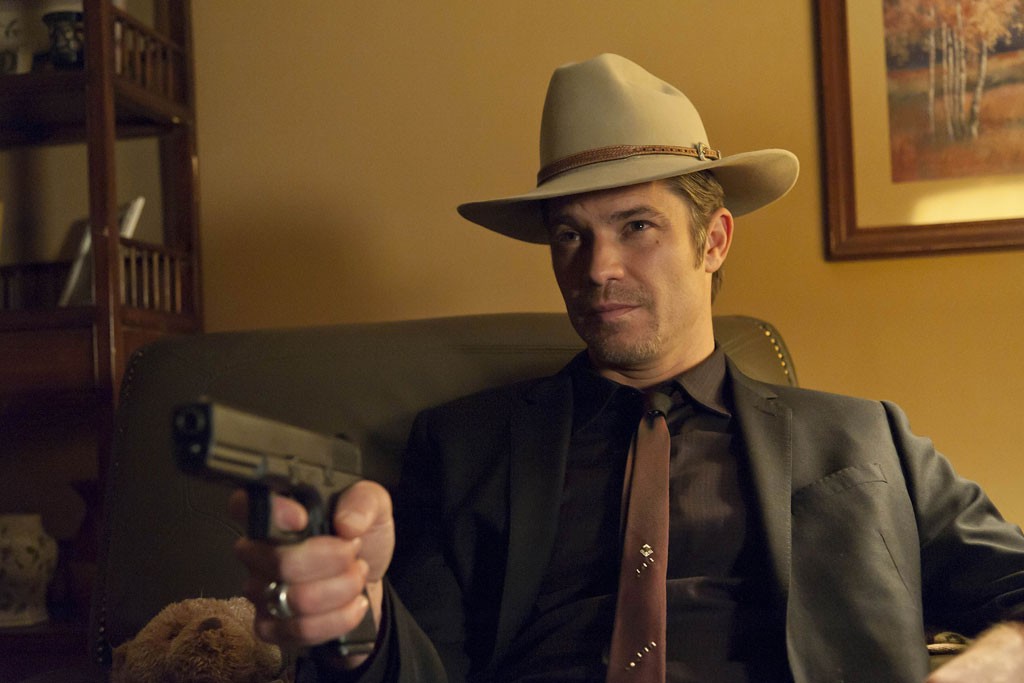 FX has greenlit a spin-off from its highly-rated Justified drama, again based on a novel by author Elmore Leonard and with Timothy Olyphant reprising his iconic role as US Marshal Raylan Givens.

Justified: City Primeval has been inspired by Leonard’s novel City Primeval: High Noon In Detroit, with Sony Pictures Television and FX Productions behind the series.

Dave Andron and Michael Dinner are attached as showrunners, while Olyphant is executive producer alongside Graham Yost, Sarah Timberman and Carl Beverly.

Having left Kentucky eight years ago, Raylan Givens now lives in Miami, where he balances his life as a Marshal and part-time father of a 14-year-old girl.

A chance encounter on a desolate Florida highway sends him to Detroit, where he crosses paths with Clement Mansell, aka The Oklahoma Wildman, a violent, sociopathic desperado who’s already slipped through the fingers of Detroit’s finest once and aims to do so again. The story tracks Givens’ attempts to capture the criminal, who is aided by his lawyer.

The greenlight comes seven years since Justified finished its six-season run, with the show based on Leonard’s novella, Fire In The Hole. The author consulted with producers and participated on panels for the show up until his death in August 2013.

Eric Schrier, FX Entertainment president, said: “Justified was one of the most critically acclaimed shows of the past decade and an adaption of Elmore Leonard’s work that was so colorfully brought to life by Timothy Olyphant as Raylan Givens, Graham Yost and the entire team of producers, writers, directors and cast.

“To have this group come together again with Tim as Raylan in a new and different Elmore Leonard story is thrilling.”