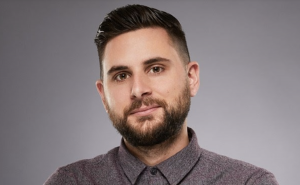 A. Smith & Co. Productions, the US-based firm behind Netflix’s Canine Intervention, has promoted Eli Baldrige to SVP of development.

Baldrige, who was most recently VP, will manage the development team and oversee all development across the company, whose output includes TLC’s Welcome To Plathville and Voices Of Fire for Netflix.

The exec developed all three shows, with unannounced projects set to be revealed later this year, the prodco added.

Prior to joining A. Smith & Co., Baldrige produced unscripted shows including ESPN’s Sport Science and The Weather Channel’s Brainstorm, where he served as showrunner. He has also produced several feature documentaries, including Citizen Soldier and Apache Warrior.

The prodco’s CEO, Caroline Baumgard, said: [Baldrige]’s propensity for storytelling and purposeful entertainment, and ability to think beyond the ordinary makes him the ideal executive to lead our genre-spanning development slate and we can’t wait to see where he takes the development team from here.”