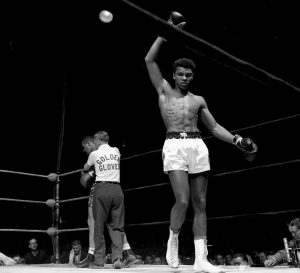 Smithsonian Channel has greenlit a feature length documentary about the life of Muhammad Ali from Scottish indie, Two Rivers Media.

Cassius X: Becoming Ali is based on the book by Stuart Cosgrove and will explore the transformation of Cassius Clay into the international boxing icon and activist, Muhammad Ali. The show marks the first commission for Two Rivers from Smithsonian.

The 2 x 60-minute doc will be directed by Muta’Ali, who was behind HBO’s Yusuf Hawkins: Storm Over Brooklyn, and is slated to air in the US and UK in 2022. 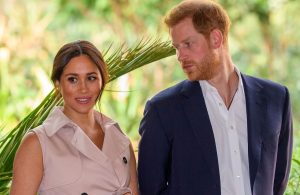 DirecTV, Sky Brazil and Globosat are among Lat Am companies to have acquired shows from Blue Ant International.

Latin America PayTV service DirecTV and streamer DirecTV Go in Argentina, Chile, Colombia, Ecuador, Peru, Uruguay and Mexico have picked up Bathsheba from Cream Productions, with the show unpicking the fact from fiction of The Conjuring.

DirecTV has also added The Royal Documentaries from ITN Productions, a package of 20 one-off documentaries that present fresh perspectives on the royal family ranging from the recent dynamics of Prince Harry to nostalgic look backs at Diana and Queen Elizabeth II.

Elsewhere, AMC Networks International in Latin America has picked Love Nature series including Baby Animals and Strange Creatures for its offering in Mexico, South America and Central America, while Globosat in Brazil has taken exclusive payTV and SVOD rights for Into the Blue from Zona Mixta. 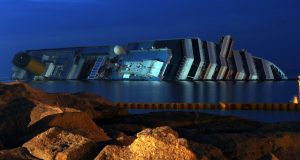 TF1 in France and Discovery in Italy have bought rights to ITN Productions’ two-hour investigative documentary about the Costa Concordia, which sank a decade ago this week.

The Costa Concordia: Why She Sank was produced for ViacomCBS’s Channel 5 in the UK and claims to be “the definitive story” of the sinking of the cruise ship, which happened off the coast of Tuscany, Italy, on 13 January 2012. The disaster claimed 32 lives.

It combines exclusive first-person testimony from survivors and rescuers with previously unseen footage, graphic reconstruction, and expert insight to tell the story of what happened on the night in forensic detail.

Beyond Rights, which is shopping the doc, has also struck deals with TV2 in Norway, SVT in Sweden, RTL in the Netherlands, VTM in Belgium, Ceska TV in the Czech Republic and WP1 in Poland. In Australia, the title has been acquired by SBS.