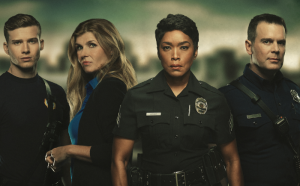 NBCUniversal-owned USA Network has picked up Ryan Murphy’s Fox drama 9-1-1, with the deal including an exclusive cable window for its fifth season and rights to the show’s previous four runs.

9-1-1 is produced by Disney-owned 20th Television and has aired on US network Fox since its debut in 2018, prior to the Mouse House closing its $71bn acquisition of Fox’s entertainment assets.

The 9-1-1 deal, struck via Disney Media & Entertainment Distribution, will see the show debut on USA on 5 January, with episodes airing in a block on Wednesday nights from 19.00-23.00.

The show’s fifth season, which debuted on Fox in September, will take up its exclusive cable window on USA from mid-September 2022, with the agreement also including future seasons of 9-1-1.

“9-1-1 is the perfect addition to USA Network, which has long been a destination for big, iconic characters and event television,” said

Val Boreland, EVP of entertainment content acquisitions at NBCU Television & Streaming, described the show as “the perfect addition” for USA. “The show is a proven hit with critics and audiences alike, making this a home run for our viewers who can now enjoy these incredible seasons as part of our portfolio’s growing library,” she said.

9-1-1 was created by Murphy, Brad Falchuk and Tim Minear and explores the high-pressure experiences of police officers, firefighters and dispatchers who are thrust into the most frightening, shocking and heart-stopping situations. It stars Angela Bassett, Peter Krause and Jennifer Love Hewitt.