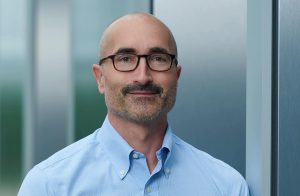 Nottingham (Be Water, Kingdom Of Us) and Dorothy’s director and producer Becky Read (Three Identical Strangers) will co-produce an exclusive slate of series and feature documentaries with Sky Studios, with IP focused across a range of topics and often told “from the female gaze”, the prodco said.

Projects are expected to target Sky’s factual channels across Europe and viewers around the world with Sky’s sister company, NBCUniversal, taking a first-look option for global distribution. It follows a similar deal struck with UK-based Noah Media Group last year.

Nottingham said: “We’re uncovering compelling new stories all the time, so we’re thrilled to be working with Sky Studios to fast-track development. They share our vision for premium documentaries, and we can’t wait for this partnership to bear fruit and bring audiences more exceptional and high-quality storytelling.”

Sky Studios’ director of factual, Barnaby Shingleton, added that the deal would “turbocharge” his firm’s documentary slate. “The Dorothy St team are exceptional filmmakers with a keen eye for stories that explore society and the human condition from a totally unique vantage point,” he continued.

Dorothy St Pictures and Sky Studios already have a number of titles in development, with commissioned titles expected to be announced over the coming months.