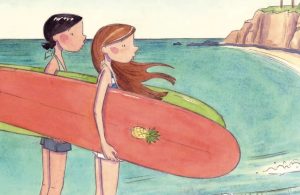 Apple TV+ has ordered Surfside Girls, a new live-action kids and family series based on the comic book of the same name by Kim Dwinell.

Produced by Endeavor Content and IDW Entertainment, the 10-part series will be written and executive produced by May Chan, who also serves as showrunner. It will star Miya Cech and Yaya Gosselin as two girls who investigate a mystery about a pirate ship and the cursed treasure that allegedly lies beneath their town. 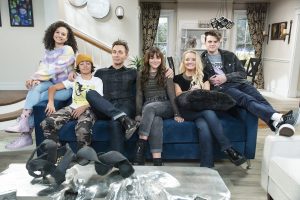 Disney+ agrees to ‘Meet The Mayhems’

Disney Branded Television has begun production on Meet The Mayhems, a live-action comedy series about a family of supervillains who must pretend to be normal in a small Texas town.

The series is scheduled to debut in summer 2022 on Disney Channel and Disney+ platforms worldwide. It was created by Chris Peterson and Bryan Moore, who are also its executive producers and showrunners.

Ayo Davis, president of Disney Branded Television, commented, “Chris and Bryan, along with this terrific cast, are fast at work to deliver a fun and entertaining ‘fish-out-of-water’ tale about an extraordinary family living an ordinary life.”

Produced by South Korea’s Anyzac in co-production with SK Broadband, Daewon Media and Giggle Garage, the  52 x 11-minute series follows the adventures of a bellboy who has the ability to time travel.