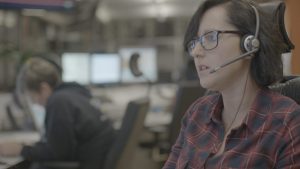 The Japanese version will broadcast on NHK in January and is based on the De Chinezen show, which was created for Belgium broadcaster VRT Eén.

The format follows the ups and downs of an emergency call centre through the ears and eyes of the people who work there.

It has sold around the world, including into Australia, Germany, France, the Netherlands, Sweden, Norway, Denmark and Finland. The US version, produced by 8 Hours Television and hosted by actor Luke Wilson, airs on ABC and has sold to Australia’s Nine Network, New Zealand’s TV3 and Talpa TV in the Netherlands.