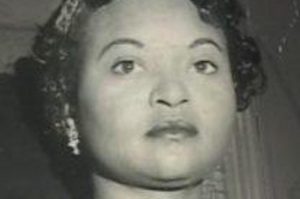 ABC in the US has commissioned another limited docuseries exploring the true story of Mamie Till-Mobley, whose quest for justice for her murdered son, Emmett Till, sparked the US civil rights movement in the 1950s.

The series will debut on ABC in the US on 6 Jan and air for three consecutive Thursday nights following, and serving as a companion to, each new episode of the network’s previously announced upcoming limited series Women Of The Movement, which is also produced by Roc Nation, Westbrook Studios and Kapital Entertainment and also explores the story of Mamie Till-Mobley.

Let The World See is described as a “fresh and deep examination” of Mamie Till-Mobley’s fight to bring her son’s body home to Chicago and her decision to have an open-casket funeral for the public to see, which ultimately served as a turning point for the civil rights movement.

The three-part docuseries also traces her journey back to the Jim Crow South to face her son’s murderers in court and includes first-hand accounts from Emmett Till’s family.