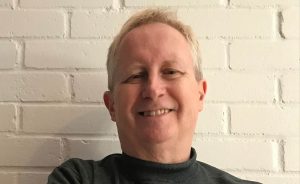 The founder of Tipping Point producer RDF West is to step down after 15 years, marking the latest exec rejig for Banijay-owned RDF Television.

Mark Hill will exit in the New Year, having launched RDF West in Bristol, UK in 2006 years ago. It has been behind more than 200 hours of programming this year, with shows including Dickinson’s Real Deal, Eat Well for Less and Shop Well for Less.

Hill, whose next move is not yet known, will continue to work with RDF as freelance executive producer of Dickinson’s Real Deal. His replacement is yet to be named.

Hill was previously head of features for the BBC and has been a showrunner on series including Robbing Your Relatives, Secret Voices of Hollywood, World’s Richest Songs and Secret Dealers.

He said: “I’m very proud of everything we have achieved at RDF West – we have had some great teams and shows and TV production in Bristol has never been heathier, so I am moving on with mixed emotions, but after 15 years it feels like the right time for me to take on a fresh portfolio of challenges within and outside TV.”

Allen added: “Mark has been a leading pioneer in the expansion of production in the regions. He grew RDF West from scratch, at a time when the industry was still remarkably London-centric.”