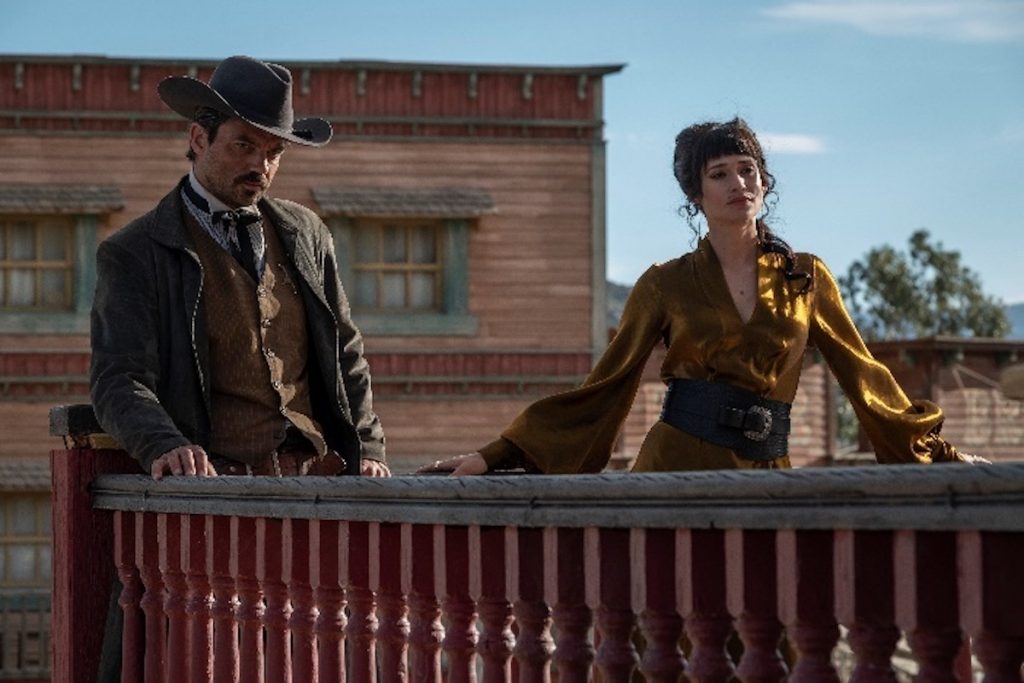 AMC Networks has acquired rights to spaghetti western drama series That Dirty Black Bag for its AMC+ bundle in the US, Canada and Australia.

The show, produced by Mediawan-owned BRON Studios and Palomar, describes the eight-day clash between sheriff Arthur McCoy (Dominic Cooper) and Red Bill (Douglas Booth), an infamous, solitary bounty hunter known for decapitating his victims and stuffing their heads into a dirty black bag.

The eight-parter was filmed in Italy, Spain and Morocco and will make its exclusive US, Canadian and Australian premieres on AMC+ in March/April 2022. Mediawan has already taken French rights, with BRON Releasing and Palomar Mediawan handling international sales.

The drama was created by Italian filmmaker Mauro Aragoni (Nuraghes S’Arena), who co-wrote the series with The Hunter trio Silvia Ebreul, Marcello Izzo and Fabio Paladini.

Aragoni will also direct alongside Brian O’Malley (The Lodgers), while PJ Dillon (Game Of Thrones) is director of photography.

Courtney Thomasma, GM for AMC+, described the drama as an “innovative reimagining of the classic Western.”

She added: “We’re also excited to bring AMC+ subscribers another thrilling, high-stakes adventure of love and bloodlust in the Old West, following the enduring popularity of our AMC original series Hell On Wheels and The Son.”